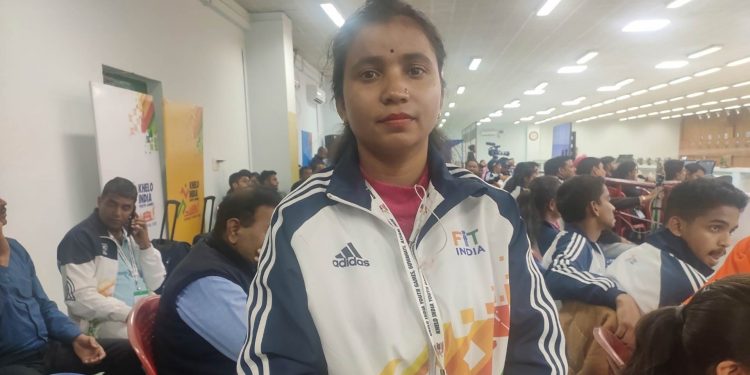 Arpit Tomar and Adil Khan from Uttar Pradesh clinched silver and bronze, respectively in the 10 metre air pistol men’s U-21 event at the Khelo India Youth Games in Guwahati on Thursday.

However, their coach, Sita Sharma is one of their competitors for a place in the Indian shooting team.

The 29-year-old coaches and practices at the Green Park Stadium in Kanpur and takes part in national competitions.

“I have a semi-government job as a shooting coach. The job is on an eleven-month contractual basis. Every eleven months, I have to get selected through shooting coaching trials in order to keep my job.

“I am trying to break into the Indian shooting team. I use the funds I earn through coaching to fuel my dreams of playing for the nation. I don’t come from a well-to-do family so I have to work in order to help myself move forward in shooting,” said Sita.

The shooter, who has won a pre-nationals gold in 2015, lost her husband last year in an accident. They were married for only five months.

“I lost my husband in May last year. My father is retired now, he used to work as a checking inspector in government buses in Kanpur. Following my husband’s death, I moved back to my parents’ home,” said the coach-cum-player.

Sita doesn’t only dream for herself. She also wants all her students to play in international tournaments.

“I want all the students I teach to play in international tournaments, even if I don’t play in those competitions. I wish all my students play at the top level. My name can be made as a player or a coach,” said Sita cheekily.

Sita’s student Arpit is fortunate to have a Khelo India scheme, through which he is provided with equipment for his game.

“Khelo India is supporting all athletes very well. We receive Rs 10,000 everyday and we are provided with enough equipment for our sport,” said Arpit after winning the silver medal.

Arpit’s compatriot Adil isn’t sponsored by anybody yet, but a bronze medal in 10m air pistol could help him enter the Khelo India scheme.

“My father works in fish farming and my uncle is a cashier in a private company. It’s difficult for my family to provide equipment, but they have given me their full support. They have told me to play freely,” said Adil.