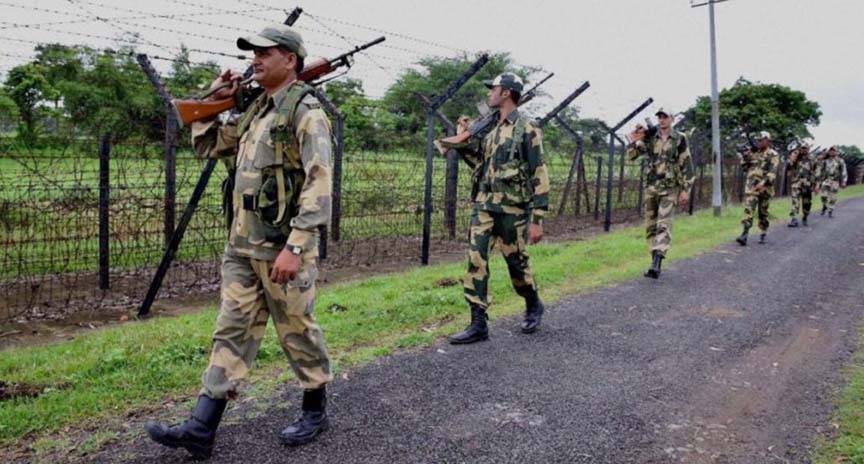 A joint survey of the pillars erected at the boundary line between India and Bangladesh has been conducted jointly by the officials of the land record and survey wing of Assam and its Bangladesh counterparts in order to settle various disputes along the international border shared by the two nations in Dhubri district of Assam.

The survey of pillars on both sides of the border was held in a cordial atmosphere and during talks, Indian officials showed a positive attitude to resolve the disputes, the officials said. The Bangladeshi team returned on Thursday through the Chengra Bandha-Burimari Immigration Check Post.

The survey along pillar No 1009 to pillar No 1026 of the international border was conducted by a team from India led by Udayan Hazarika, Director of Land Records and Survey, Assam while Md. Matinul Houqe, Director General, Survey of Bangladesh was led the six members team of Bangladesh.

Sources said that there is no major disputes along the Indo-Bangladesh in the part of Dhubri sector of Assam. However, a survey which is a routine one, would help resolve long pending border disputes soon.

The survey meant for jointly identifying the missing pillars if any and taking steps to repair them, a senior official said on Thursday.

The duo teams during the end day signed minutes of the survey at Dhubri Circuit House after the conclusion of the 5-day-long exercise. The minutes of the inspection will be sent to their respective higher authorities for “necessary action” officials said after signing of the document.

On September 10, the Indian team visited Chengra Bandha-Burimari Immigration Check Post along the border and joined its Bangladesh counterparts to conduct a survey on the other side of the international border.

In the next two days, the joint team inspected the border pillar of Dhubri district.

Dhubri district shares a total of 134 km international border with Bangladesh and out of which nearly 44 kms are riverine border.