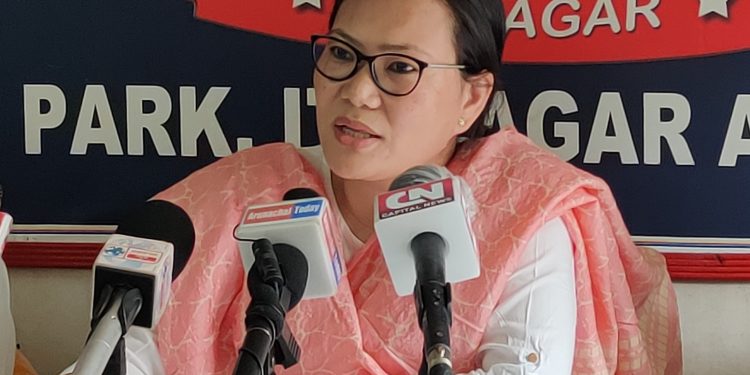 The Arunachal Pradesh Congress Committee (APCC) on Monday termed “unprecedented” the recent hike in petrol and diesel prices in the country and demanded immediate roll back of the same.

Joining the nationwide protest organized by the Indian National Congress, the APCC on the day submitted a memorandum to the President of India through the Governor in which it registered its strong protest on the price hike and also hit out at the government for allegedly profiteering at the expense of the public.

Addressing a news conference later in the day, APCC general secretary Mina Toko claimed that the Prime Minister Narendra Modi-led government has profited around Rs 18 lakh crore in the past six years by increasing the excise duty on petrol and diesel alone.

“The central government under PM Modi should have worked on reducing petroleum prices instead of increasing it. This comes at a time when the entire country is reeling under pandemic, economic slowdown and incursion from the Chinese,” Toko said.

Calling the hike in fuel prices as “extortion and daylight corruption”, Toko said that repeated increase in prices and excise duty on petrol and diesel carried out by the BJP government has surpassed all forms of exploitation.

Hence, in the last three and half-months, the BJP government has increased the price and excise duty on diesel by Rs 26.48 per liter and on petrol by Rs 21.50 per liter, she added.

The Congress also condemned prime minister Modi’s on his way of handling the Galwan incident and has accused him of “misleading the masses” with false information.

Whereas on one hand the BJP is asking all to boycott Chinese products, they are on the other receiving multiple crores of funds from Chinese corporate houses, she alleged.