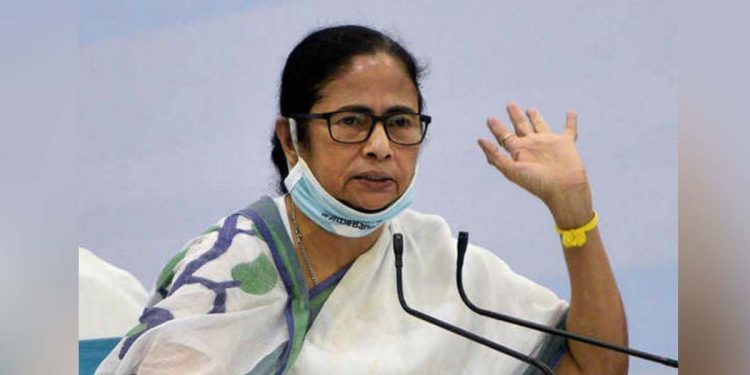 West Bengal chief minister Mamata Banerjee has retained most of the senior ministers in her previous ministry.
The list of 43 ministers was unveiled by Banerjee on Sunday.

The ministers will take oath in the Raj Bhavan at 10.45 am on Monday.

Trinamool Congress (TMC) supremo Mamata Banerjee was sworn-in as West Bengal chief minister for the third straight term on May 5, 2021.

According to reports, senior ministers Partha Chatterjee, Amit Mitra, Firhad Hakim and Subrata Mukherjee have held on to Cabinet positions.

Senior leader Manas Bhunia, who served in the TMC-Congress government that came to power in 2011, has also been inducted into the ministry.

Some of the ministers who have been dropped from the new ministry are Tapas Roy, Nirmal Maji and Ashish Bandyopadhyay.

It has been reported that former finance minister Amit Mitra, who is undergoing treatment for chronic obstructive pulmonary disease (COPD), will take oath virtually.

Ahead of the elections, Mitra had given up his Khardaha seat for Kajal Sinha.

Banerjee has reportedly sought Mitra to retain the finance department.

A media report quoted a senior government official as saying, “Already two projector screens have been installed in the Raj Bhavan. One is for media persons because in this Covid situation they will not be allowed into the oath-taking room.”

“They will sit in another room. Another screen has been installed in the Throne Room for Amit Mitra,” the official added.