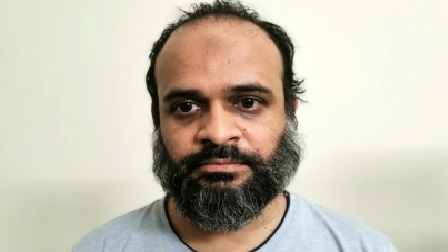 A Syria returnee IT professional, working for the banned militant outfit Ansar Al-Islam, has been arrested at Chttagong in Bangladesh.

Police have also seized a mobile phone, tablet PC, notebook, some incriminating documents and a passport from his possession.

According to police, Lalu had returned from Indonesia three months ago, where he was involved with some militant activities.

He had met the tainted Army officer and one of the founders of the militant outfit Ansar Al-Islam Syed Ziaul Haque, the most wanted fugitive top militant trainer of the country.

It was formed on January 28, 2017 as a merger among Jabhat Fateh al-Sham (formerly al-Nusra Front), the Ansar al-Din Front, Jaysh al-Sunna, Liwa al-Haqq and the Nour al-Din al-Zenki Movement.

Shakhawat took part in the conflict in Idlib, a city in northwestern Syria.

He then returned to Turkey after 10 failed attempts. Later, he moved with his family to Indonesia in 2019.

Shakhawat travelled to Syria via Turkey in 2017. After completing his training there, he carried out militancy in Indonesia.

After passing SSC exams in 1997, Shakhawat got his higher secondary certificate from Pandit Nehru Pre-university College in India’s Bengaluru.

He travelled to the UK in 2007 after completing computer courses at institutions in Bangladesh.

Shakhawat was reportedly forced into the militancy by his relatives Arif and Mamun, after he returned home from the UK in 2011.