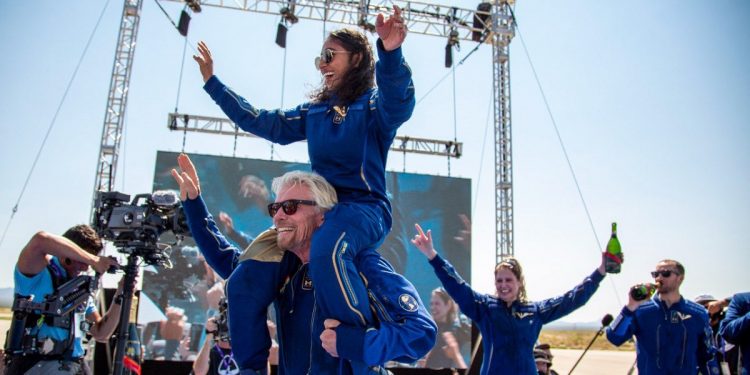 Sirisha Bandla became the third woman of Indian-origin, after Kalpana Chawla and Sunita Williams, to fly into space.

34-year-old Sirisha Bandla achieved this feat when she took off to the space onboard Virgin Galactic’s VSS Unity for an hour and a half mission above New Mexico.

This trip made the British billionaire the first of the new space tourism pioneers to try out their own vehicles, beating Amazon’s Jeff Bezos and SpaceX’s Elon Musk.

“I am so incredibly honored to be a part of the amazing crew of #Unity22, and to be a part of a company whose mission is to make space available to all,” Sirisha Bandla, an aeronautical engineer, tweeted before leaving for the mission.

I really didn't need to tweet this since my friends flooded the feed yesterday with it??I was overwhelmed (in a good way!) by messages of love, unrecognizable capital text, and positivity yesterday. Slowly working my way through them…one platform at a time!

Sirisha Bandla was astronaut No 004 and her flight role was Researcher Experience.

Sirisha was born in Chirala in her maternal grandmother’s home. The family then moved to Tenali in Guntur.

Thereafter, she travelled to Houston to join her parents in the United States. Sirisha’s parents, who are US government employees, are currently posted in India.

Sirisha, who developed an early interest in space, works as the vice president of government affairs for Virgin Galactic.