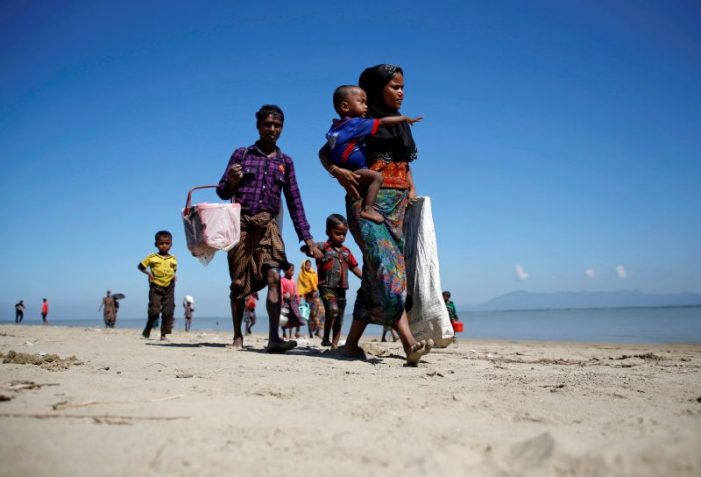 According to the Global New Light of Myanmar, the camps to be closed down are: Khaung Dokka camp and Thekebyin camp in Sittway, Taungpaw camp in Myebon and Nidin camp in Kyauktaw, Xinhua news agency reported.

During a latest inspection tour to Nidin camp in Kyauktaw, where more than 580 IDPs live, Deputy Minister of the State Counselor’s Office U Khin Maung Tin and Deputy Minister of Social Welfare, Relief and Resettlement U Soe Aung said the resettlement plan cover reinforcement of teachers in schools, higher learning pursuance for students, extension of station hospital in a village in Kyauktaw, vocational training and issuance of national verification cards.

In the latest development, Myanmar authorities have voiced acceptance of repatriation of 556 refugees from Bangladesh verified as having lived in Myanmar.

The refugees were scrutinised as acceptable from the first group of 8,032 proposed by the Bangladesh side and the process is continuing.

Myanmar signed an agreement with Bangladesh on the return of displaced persons in November 2017, announcing readiness to start the process on January 23.