Around 200 families had initially come to India and a majority of them migrated from East Pakistan’s Khulna, Jessore and Faridpur areas, said a refugee 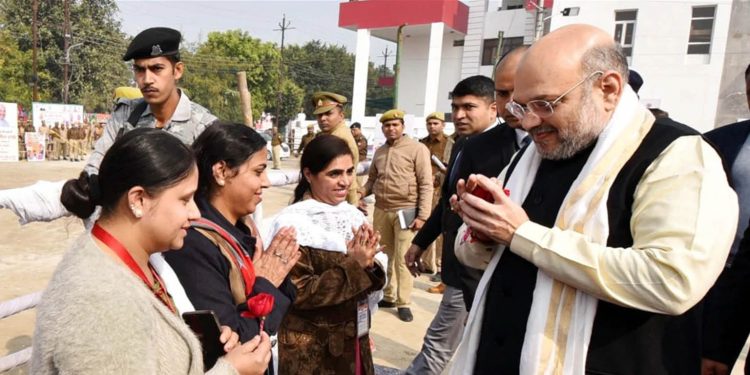 A delegation of refugees in conversation with Amit Shah. Image credit: Hindustan Times

A member from the group thanking Amit Shah said his family migrated to India in 1964 when he was only 8-year-old.

“We were targeted by the majority back then. I vividly remember seeing women get raped and children being killed. Many men were also forced to convert their religion,” he added.

“Seeing these horrors everywhere, my father decided to move to India,” he added.

He further said that around 200 families had initially come to India and a majority of them migrated from East Pakistan’s Khulna, Jessore and Faridpur areas.

“The numbers gradually increased as the atrocities in East Pakistan escalated. My parents migrated from Faridpur area in East Pakistan,” said another member from the group who lives in Lakhimpur Kheri district of Uttar Pradesh.

“When we had put up at a camp in present-day Chhattisgarh, I was only 14 years old. Nearly 1700 families arrived in Udham Singh Nagar,” he added.

“The numbers, however, gradually increased and thousands of others came to settle in Lakhimpur Kheri in 1970,” he added.

Another member of the group said that those who arrived after 1964, they were not registered and hence they were forced to live on roads without any facilities.

“The Citizenship (Amendment) Act will grant us facilities, respect and recognition,” he added.

Speaking to reporters after meeting the group Amit Shah said, “They had tears when I met them. I had no words to express.”