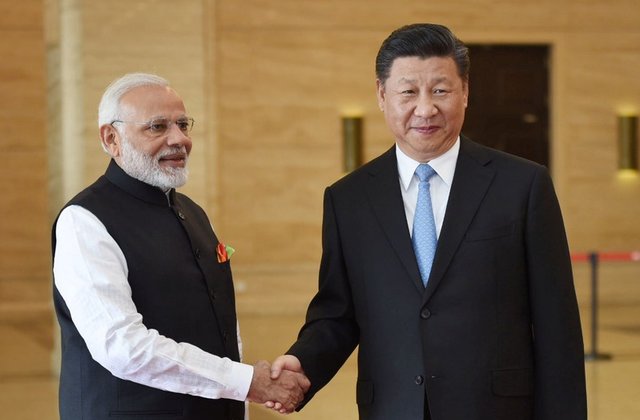 As Modi opened talks with Xi on the first day of a two-day informal summit here, the Indian leader said more such meetings were needed and invited Xi to India next year.

“I am grateful for your invite and the welcome extended by you. This is perhaps the first time when you have received an Indian Prime Minister twice away from Beijing,” Modi said. “This is a matter of pride for India as you yourself came to Wuhan to welcome me.

“You rightly pointed out that leaders of the two countries which represent 40 percent of the world’s population are meeting.

“This is just not an informal summit of two leaders but it has a historical context too.”

“You invited me to informal talks and created a positive environment. This has your personal contribution to this meet.

“In the history of 2,000 years, the economies of India and China were the anchors of the world economy for 1,600 years.

“In these 1,600 years, Indian and Chinese economies together accounted for the 50 percent of the world’s economy.”