Oxygen Express: Nearly 4200 MT of oxygen delivered to 7 states across India so far 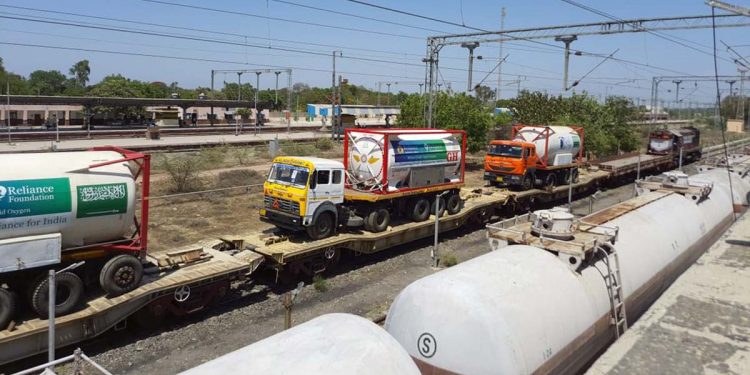 Indian Railways has delivered Liquid Medical Oxygen to a total of seven states so far through Oxygen Express.

While 293 MT has been offloaded in Maharashtra, 1,230 MT has been delivered to Uttar Pradesh.

“So far, Indian Railways has delivered nearly 4,200 MT of LMO in more than 268 tankers to various states across the country,” the Railway ministry said in a statement.

Another #OxygenExpress carrying 11 tankers with 224.67 Tons of Liquid Medical Oxygen (LMO) has departed from Hapa, Gujarat to Delhi Cantt.

This train has highest volumes of LMO being transported on a single train. pic.twitter.com/CpnY9iBBn3

“68 Oxygen Expresses have already completed their journey so far,” it said.

“It is Indian Railways endeavour to deliver as much LMO as possible in the shortest time possible to the requesting states,” the statement said.

“Oxygen is now being delivered by Railways to new cities like Kanpur, which received 80 MT of LMO today,” the statement issued on Sunday said.

Running of new Oxygen is a very dynamic exercise and figures keep getting updated all the time.

More loaded Oxygen Expresses are expected to start their journeys later in the night, it added.