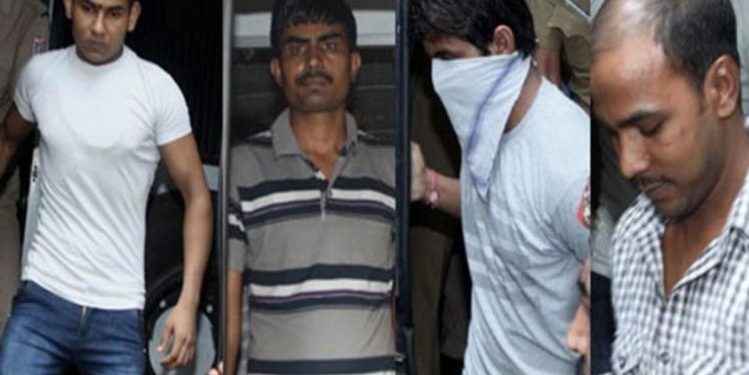 A court in Delhi on Monday again deferred the hanging of the four convicts in Nirbhaya rape and murder case, slated for Tuesday.

“Despite a stiff resistance from the victim’s side, I am of the opinion that any condemned convict must not meet his Creator with a grievance in his bosom that the courts of this country have not acted fairly in granting him an opportunity to exhaust his legal remedies,” Additional Sessions Judge Dharmendra Rana said.

“I am of the opinion that the death sentence cannot be executed pending the disposal of the mercy petition of the convict.

“It is hereby directed that the execution of death warrants against all the convicts scheduled for March 3 is deferred till further order,” he added.

The four convicts — Mukesh Singh, Pawan Gupta, Vinay Kumar Sharma and Akshay Kumar — are scheduled to be hanged at 6 a.m. on March 3.

Gupta had sought a stay on the grounds that his mercy petition is pending before the President.

Pawan, the last of the four convicts to seek legal remedy or file a mercy petition, had moved a fresh application seeking a stay on the hanging as his mercy plea is pending before the President after the court dismissed their application seeking stay on hanging earlier on Monday.

He filed the mercy petition after his curative petition was rejected by the Supreme Court on Monday morning.

During the hearing on the application on Monday, the court was apprised that the jail authorities are aware of the convict’s mercy petition.

“This game of hide and seek needs to handled with a hard hand. This application is not maintainable,” Public Prosecutor Irfan Ahmed said.

Six men, including one just short of 18, were arrested after the 2012 gang rape of a young woman on a moving bus.

One of the main accused, Ram Singh, was found hanging in his jail cell. The teen was released after three years in a reform home.