Both the leaders have been suspended by the party for alleged anti-party activities.

Both the leaders have been suspended by the party for alleged anti-party activities.

“This action has been taken as the party was not satisfied by our clarifications for your anti-party activities. This is your last chance to correct yourself,” reads the letter.

In the letter signed by UML Chairman KP Sharma Oli, the party has accused leaders Nepal and Rawal of promoting factional politics within the party by holding “unauthorized” gatherings of party. 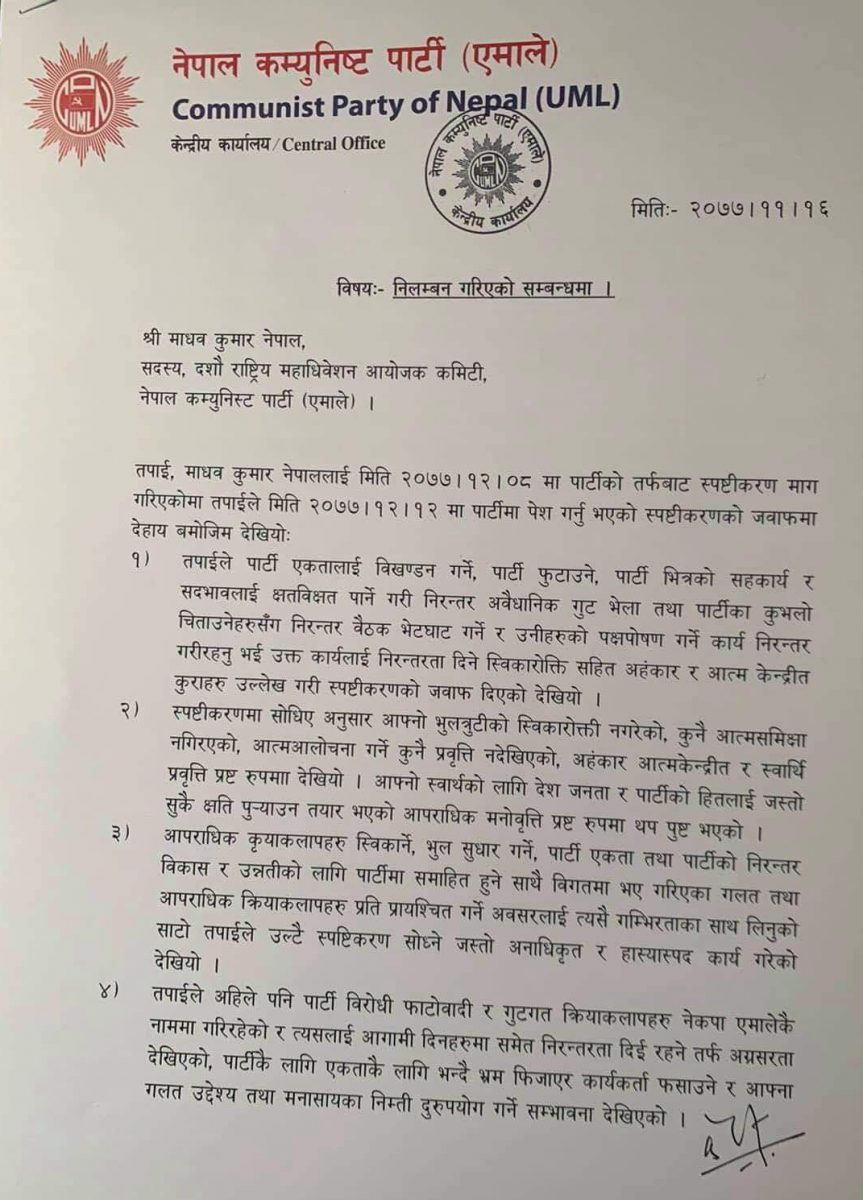 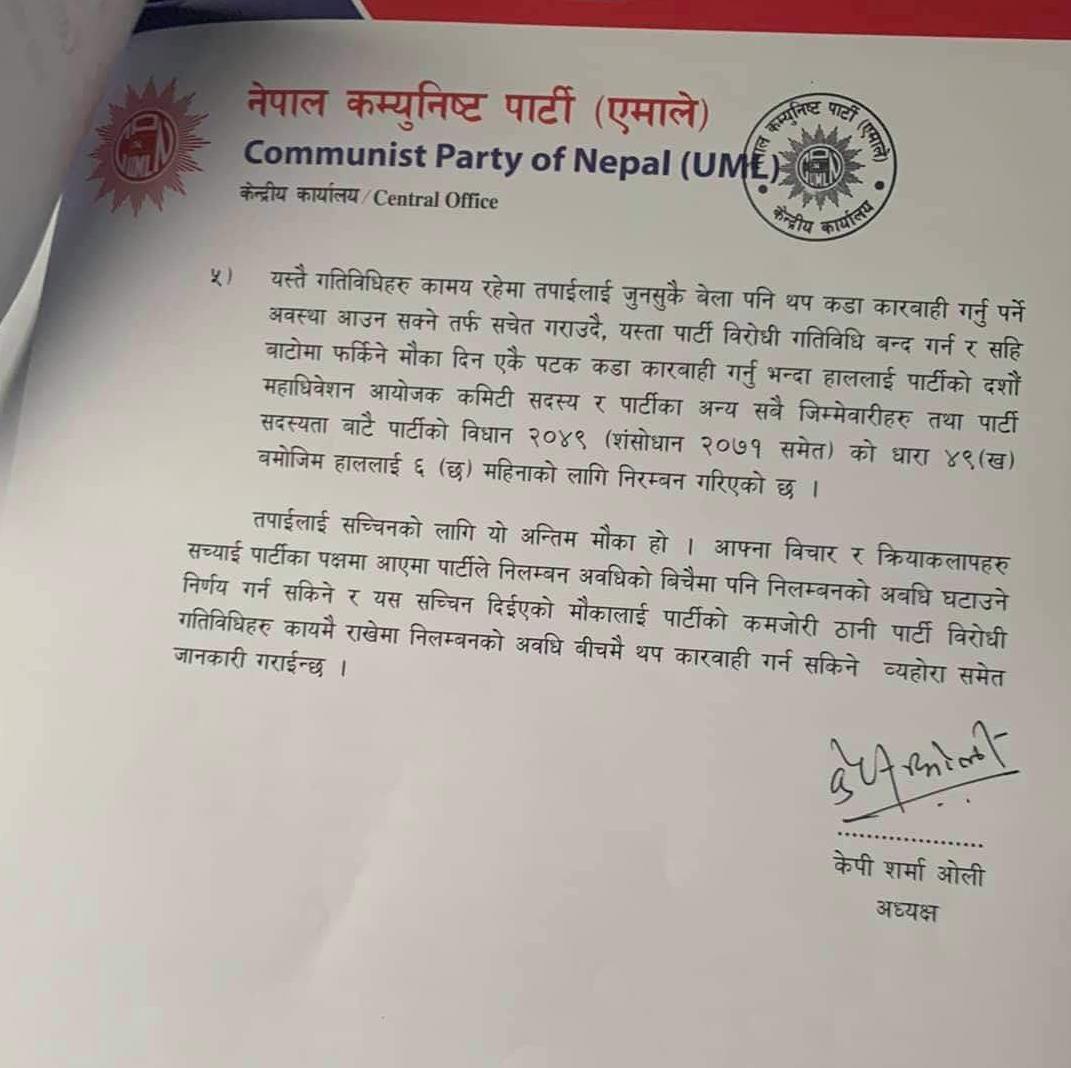 Miffed at the Oli-led faction’s unilateral actions, the Madhav Kumar Nepal-led faction has already held a national gathering of party cadres and leaders in Kathmandu while it shunned the party’s parliamentary party meeting and central committee meeting called at the convenience of the rival faction.

The Oli-led faction has sought clarification from the leaders belonging to the Madhav Kumar Nepal-led faction for getting ‘involved in factional politics by going against the party’s interests’.

Despite strong warnings and threats from Chairperson KP Sharma Oli, the Madhav Kumar Nepal-led faction has continued its parallel activities in recent weeks.

With the growing squabbling between the two factions, the ruling CPN-UML is on the verge of a split.