Surekha Sikri passed away after suffering a massive cardiac arrest due to complications arising out of a second brain stroke. 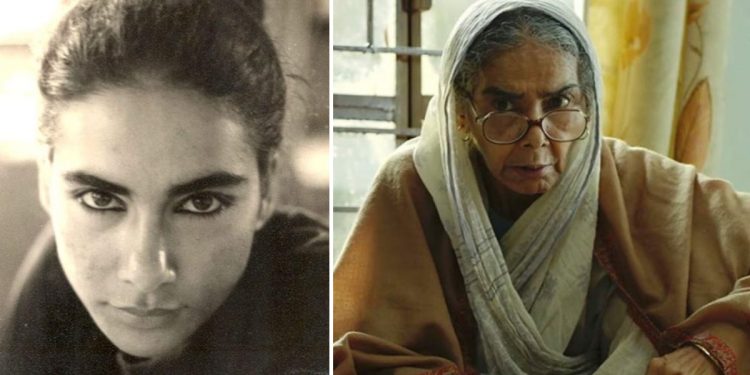 Surekha Sikri breathed her last on Friday morning at the age of 75.

Surekha Sikri passed away after suffering a massive cardiac arrest due to complications arising out of a second brain stroke.

“Three-time national award-winning actress, Surekha Sikri has passed away following a cardiac arrest earlier this morning at the age of 75. She had been suffering from complications arising from a second brain stroke,” a statement from the actor’s agent read.

Also read: Another accused tries to escape from custody of ‘careless’ Assam Police, shot in leg

“She was surrounded by family and her caregivers. The family asks for privacy at this time. Om Sai Ram,” the statement added.

Meanwhile, noted personalities mourned the demise of the veteran actor.

Very Sad news !!! One of the greatest talent Surekha Sikari ji passed away leaving behind so many great performances in theatre and cinema!! She was a treat to watch on stage.can’t forget some of those memories of her act in theatre.great craft and a graceful person!! RIP??

There is no one like her. Absolutely no one. What an extraordinary woman. An artist par excellence. Those eyes and that smile ? Her craft will inspire generations of performers. Was lucky to have the chance to witness her magic in person ??? #RIPSurekhaSikri pic.twitter.com/UXxXKUNdVK

She was a force of nature if ever there was one. Hence I won’t say rest in peace but RAGE in peace Surekhaji. As you did,during your time on earth! ??? https://t.co/fg79qdGb7U

Also read: Over 100 children among 456 fresh COVID-19 cases in Mizoram

Surekha Sikri was best known for her portrayal of the strict daadi in the TV show Balika Vadhu.

In Bollywood, she featured in small but significant roles in critically acclaimed films such as Zubeidaa, Mr and Mrs Iyer and Raincoat.