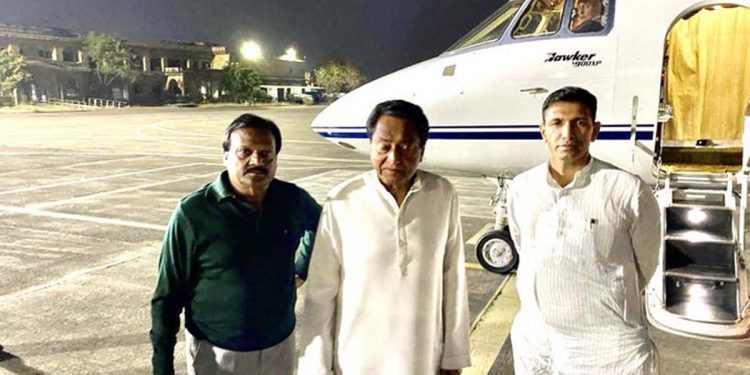 Former Madhya Pradesh chief minister and senior Congress leader Kamal Nath had a narrow escape on Sunday when the lift he was using at a hospital in Indore suddenly fell on the floor.

According to a media report, Nath was inside the lift with other leaders of the Congress when it fell from the first floor to the ground in a jerk.

Party leaders Sajjan Verma, Jitu Patwari and Vishal Patel were among those inside the lift with Kamal Nath.

However, no injuries have been reported in the incident and all are safe.

It has been reported that the lift crashed allegedly due to overload.

“The grace of Lord Hanuman has always been with me. Jai Hanuman,” Nath tweeted after the incident.

Immediately after the incident, Madhya Pradesh chief minister Shivraj Singh Chouhan contacted Nath over the phone and enquired about his health.

It has been reported that the Madhya Pradesh CM ordered the Indore collector to launch an investigation into the incident.

The Madhya Pradesh Congress also demanded an immediate probe into the incident.