Michelle Bachelet urged the global powers to not allow a repeat of “Syrian bloody war” in Myanmar.

Myanmar is heading towards a “Syria-like conflict”.

Michelle Bachelet urged the global powers to not allow a repeat of “Syrian bloody war” in Myanmar.

She urged global powers to take “immediate, decisive and impactful measures” to stop Myanmar’s military dictators from ‘slaughtering’ its own civilian population.

“There are clear echoes of Syria in 2011. There too, we saw peaceful protests met with unnecessary and clearly disproportionate force. The State’s brutal, persistent repression of its own people led to some individuals taking up arms, followed by a downward and rapidly expanding spiral of violence all across the country. The past ten years have shown just how horrific the consequences have been for millions of civilians,” Michelle Bachelet said in a statement. 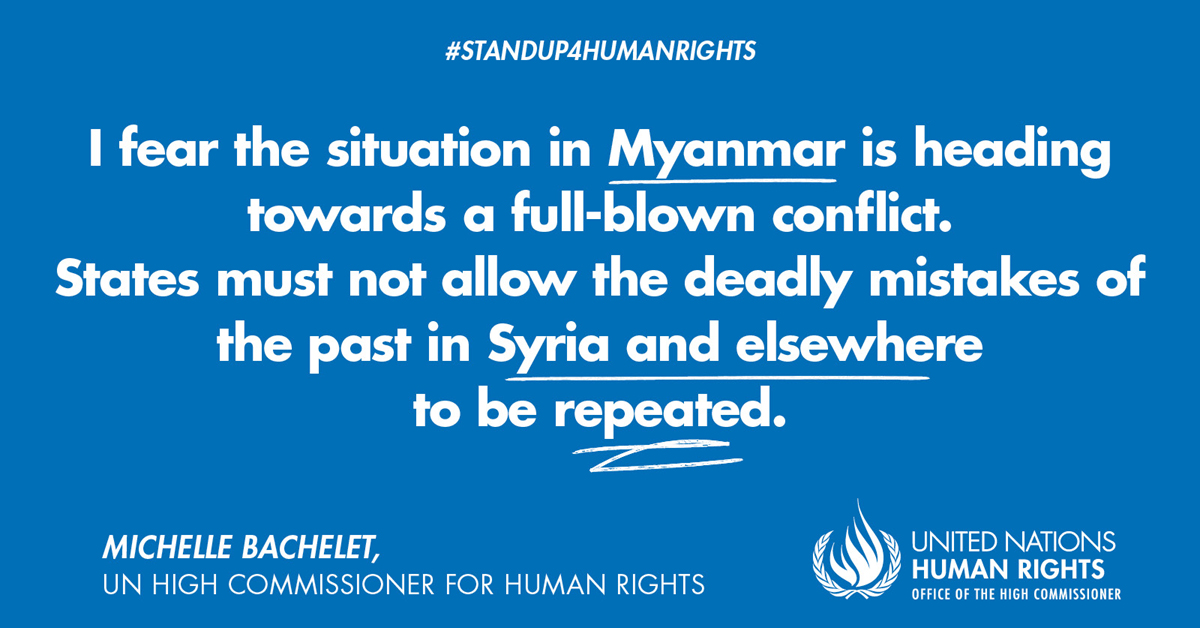 Notably, over 700 innocent people in Myanmar have lost their lives in the brutal crackdown by the ‘unprofessional’ military of the Country.

As per latest reports, 710 persons including 50 children have been killed by the Myanmar military during the course of its crackdown since February 1.

Moreover, as many as 3080 persons till date have been either detained or sentenced that also include 32 hostages.

On the other hand, the Myanmar military regime has issued 697 arrest warrants. 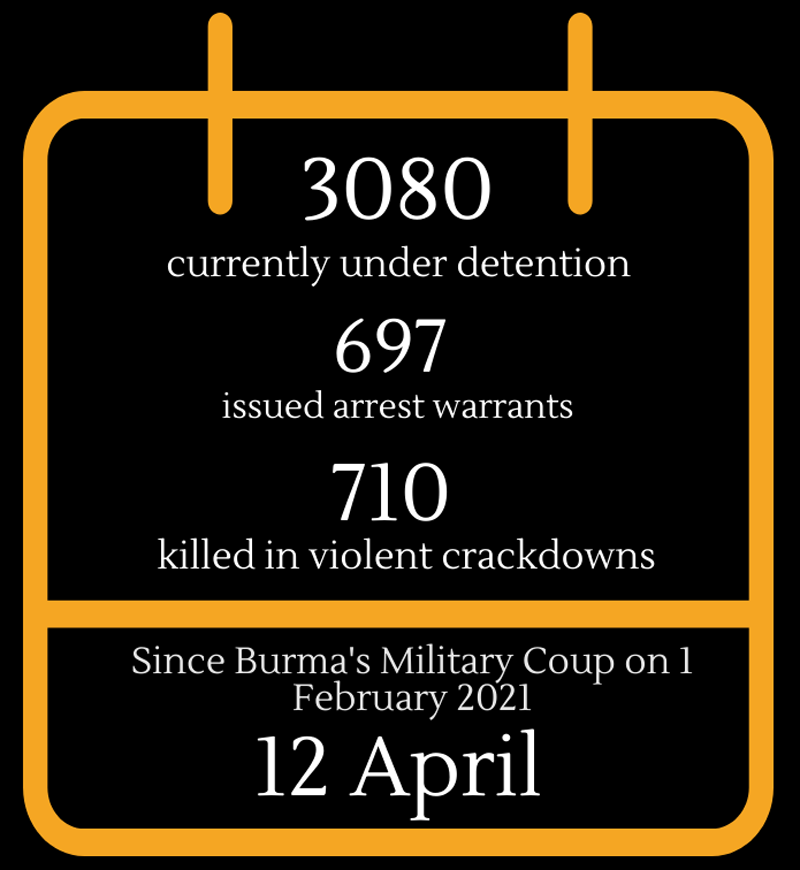 The Office of the United Nations High Commissioner for Human Rights (OHCHR) also asserted that the military regime in the Country over the weekend, opened fire with rocket-propelled grenades, fragmentation grenades and mortar fire in Bago in the south of the country.