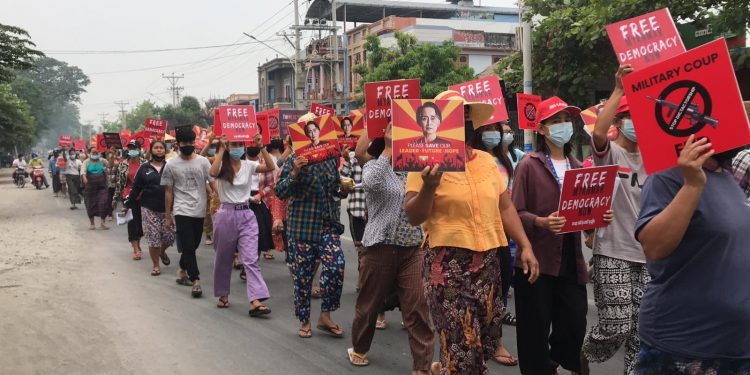 In a big political development, Myanmar Army has released over 2,000 protesters in the last two days.

They were jailed for protesting against the coup.

As per reports, most of the prisoners released had been charged with incitement for joining anti-regime protests.

“A total of 2,296 people have been released. They took part in protests, but not in leading roles. They didn’t participate in violent acts,” Myanmar spokesman Major General Zaw Min Tun told Burmese media on Thursday.

But prominent activists and National League for Democracy MPs were not among those released.

The regime had detained 6,421 people will Tuesday, according to the Assistance Association for Political Prisoners (AAPP), a human rights group.

She was arrested in late February while covering a protest in Yangon and charged with incitement.

“I didn’t have to sign any pledge for the release,” she said.

According to reports, All of them were detained in late February while covering anti-regime protests in Yangon and charged with incitement.

Prisons in Pathein, Dawei, Shwebo, Lashio and other places also released detainees on Wednesday and Thursday.

The releases came after the junta dropped charges against 24 celebrities who had booked for incitement to anti-regime activism.

In late March, the regime had released 628 alleged protesters.

The AAPP said in a statement that none of those detained should have been seized in the first place and asked if more innocent civilians would be detained and about those still being held, many of whom are being tortured.