Many prominent actors are likely to be a part of this mega political drama. 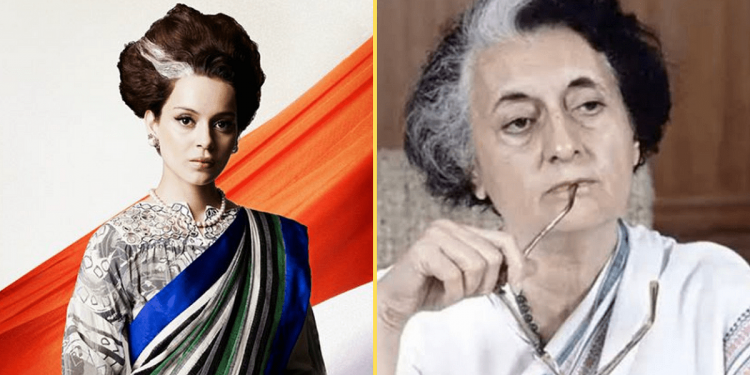 Bollywood actor Kangana Ranaut is all set to play the role of former Prime Minister of India Indira Gandhi in an upcoming movie.

This was announced by Kangana Ranaut.

“Happy to announce my dear friend Sai Kabir and I are collaborating on a political drama. Produced by Manikarnika Films. Written and Directed by Sai Kabir,” said Kangana Ranaut.

The movie, a political drama, which is yet to be named, will be directed by Sai Kabir.

Kangana Ranaut informed that the movie won’t be a biopic but will cover important moments in India’s political history.

“We are working on the project, and the script is in the final stages. It is not the biopic of Indira Gandhi. It is a grand period film. To be precise, it is a political drama that will help my generation to understand (the) socio-political landscape of current India,” Kangana Ranaut said.

It is being said that it will cover a number of significant events from Indian political history, including the National Emergency and Operation Blue Star.

Kangana Ranaut said, “Indira Gandhi was the most iconic leader that we have had in the history of Indian politics”.

This is a photoshoot about iconic women I did in the beginning of my career, little did I know one day I will get to play the iconic leader on screen. https://t.co/ankkaNevH2

Many prominent actors are likely to be a part of this mega political drama, who will play the roles of political leaders like Sanjay Gandhi, Rajeev Gandhi, Morarji Desai and Lal Bahadur Shashtri among others.

Filmmaker Sai Kabir, who has already worked with Kangana earlier in Revolver Rani, will write the story and screenplay, while Kangana will produce the movie.