Yoga has been getting popular in the world after the United Nations’ decision to observe June 21 as the International Day of Yoga. 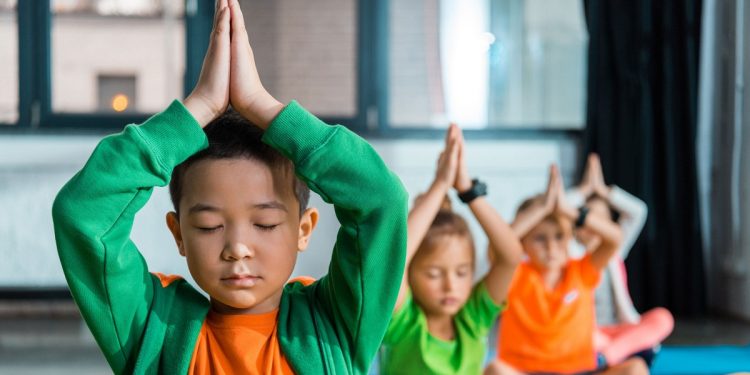 Importance of Yoga: Yoga is good for health as anyone can do it without spending any money. Of course, I suggest before practising Yoga one should undergo training from a yoga instructor – maybe for a few days or maybe for a month. I am now a senior citizen and crossed 64 years of age but from 1977 I have been practising Yoga as I suffered from severe jaundice then suffered with Uric acid. My father who was MBBS inspired me for practise Yoga. That time father was working in Guwahati, Assam and one famous Yoga centre was located near Kamakhya Temple of Guwahati. One Yoga instructor used to visit our home and thus I have learnt Yoga. I am still practising Pranayama and few exercises as my villa campus in Hyderabad ( I have settled permanently in Hyderabad) is free from pollution. Also monthly two times in the morning without taking any food, drinking plenty of   luke warm water and after drinking I slowly bring out what is a part of Yoga and I feel very relaxed on days together. It is pertinent to mention that in Yoga such practice is known as ‘Jaala Dhouti/ Baman Dhouti’(meaning cleaning the stomach with lukewarm water). Anyway, I feel Yoga generates more energy in the body and helps to keep the mind calm. By performing Yoga, one can get rid of many diseases and also one can get peace of mind.

Yoga and United Nations: Yoga has been getting popular in the world after the United Nations’ decision to observe 21 June as the International Day of Yoga which is recognition of ancient Indian practice to keep health and mind fit. The first International Yoga Day was observed on 21 June, 2015 after the United Nations approved a resolution to devote a day to focus on the invaluable benefits of this holistic wellness system. The word ‘Yoga’ has derived from Sanskrit and means to join or to unite, symbolizing the union of body and consciousness. Recognizing its universal appeal, on 11 December 2014, the United Nations proclaimed 21 June as the International Day of Yoga by resolution 69/131. The International Day of Yoga aims to raise awareness worldwide of the many benefits of practicing Yoga. The Draft Resolution establishing the International Day of Yoga was proposed by India and endorsed by a record 175 member countries. The proposal was first introduced by Prime Minister Narendra Modi in his address during the opening of the 69th session of the General Assembly, in which he said: “Yoga is an invaluable gift from our ancient tradition. Yoga embodies unity of mind and body, thought and action … a holistic approach [that] is valuable to our health and our well-being. Yoga is not just about exercise; it is a way to discover the sense of oneness with yourself, the world and nature.” Yoga can be practiced anywhere by the people of all age groups, irrespective of socio-economic considerations.  It helps to keep fit with a healthy lifestyle so the World Health Organisation (WHO) has been strongly advocating for all- from children to senior citizens.

2021 Theme: The theme for 2021 is ‘Yoga for well-being’. The Day is marked at a time when COVID-19 pandemic continues to upset lives and livelihoods of people internationally.

I am concluding by quoting UNICEF, which says “kids can practice many Yoga poses without any risk and get the same benefits that adults do. These benefits include increased flexibility and fitness, mindfulness and relaxation”.