Hindus and Muslims not different but one, lynching against ‘Hindutva’: RSS chief Mohan Bhagwat 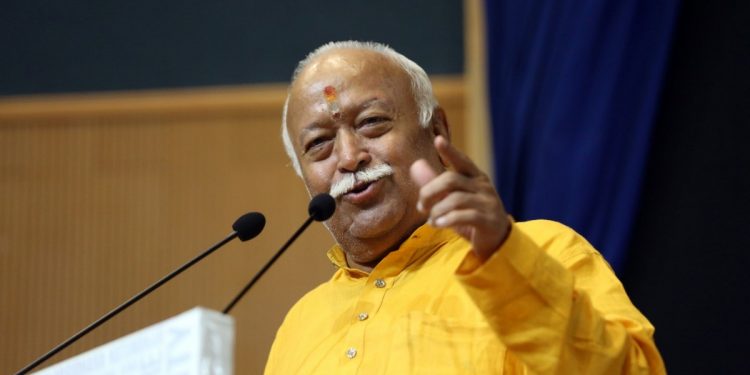 In one of the biggest statements of recent times by any known figure, RSS chief Mohan Bhagwat on Sunday said that talks about Hindu-Muslim unity is ‘misleading’ as both of them are not different, in fact they are one.

Mohan Bhagwat made this statement during an event organised by Muslim Rashtriya Manch, the Muslim wing of the RSS (Rashtriya Swayamsevak Sangh).

“Hindu-Muslim unity is misleading as they are not different, but one. DNA of all Indians are same, irrespective of religion,” RSS chief Mohan Bhagwat said.

He said that the Hindu-Muslim conflict can be brought to an end only by the means of “dialogue and not discord”.

Meanwhile, the RSS chief also stated that those who gets involved in lynching are “against Hindutva”.

“Don’t get trapped in the cycle of fear that Islam is in danger in India,” Bhagwat said during the event.