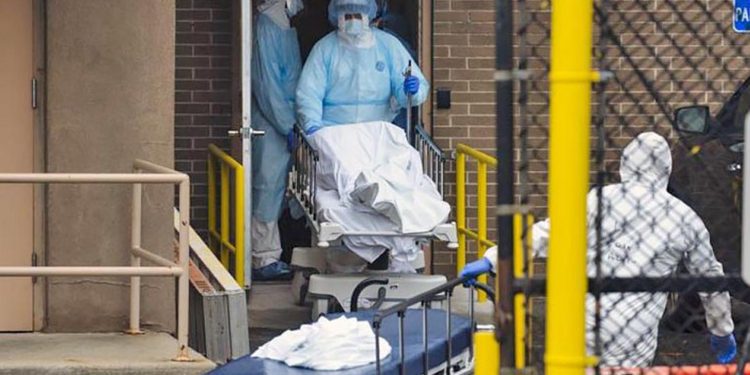 A 48-year-old employee of a New York, Funeral & Cremation Service died on Sunday after a co-worker accidentally cremated him.

Can you believe this story? Is it real or hoax?

According to media reports, the deceased has been identified as Michael Jones and police informed that he was taking a nap in one a stretcher when the accident took place.

The police further informed that Jones and others have been working for almost sixteen hours straight due to the recent influx of dead bodies due to the COVID-19 pandemic.

“As he was sleeping, a co-worker mistook him for the corpse of a 52-year old person who died from respiratory issues. The co-worker then moved Jones to the crematory,” police said.

“Before the co-worker could notice the mistake, Jones was already exposed to temperatures ranging between 1400 to 1800 degrees Fahrenheit. He was reduced to ashes within seconds,” police added.

The police have opened an investigation to determine the exact circumstances surrounding Jone’s death.

They have not ruled out the possibility of foul play as well.

This story was first published by “Weekly Inquirer”, which was replicated by many other websites, says an India Today report.

But the India Today Anti Fake News War Room (AFWA) found this to be a hoax.

This is a satire article published by the website “Weekly Inquirer”, the AFWA said.

Many people also shared the article on Facebook and other social media platforms believing it to be a true incident.

This has proved how a fake news goes viral within a short span of time.