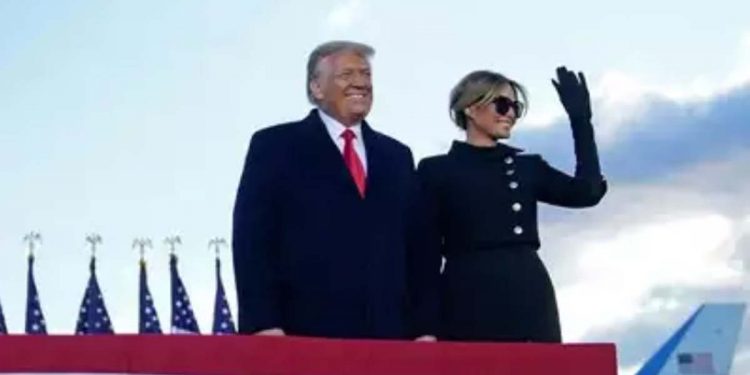 Hours before the swearing-in of Joe Biden as the new US President, outgoing US President Donald Trump departed White House and became the first US President to skip his successor’s inauguration in over a century.

Ahead of the inauguration on Wednesday, US President-elect Joe Biden tweeted: “It’s a new day in America”.

On the eve of Biden’s inauguration, the US President-elect and his deputy Kamala Harris, who is originally from India, led a national mourning service in Washington to pay tribute to those who lost their lives due to COVID19.

According to a media report, at his departure ceremony, Donald Trump recounted his achievements as a President of the country and extended gratitude to his friends and family for their “effort and hard work.”

Biden will take oath as the 46th President of the United States tonight.

Vice President Kamala Harris will also be sworn in at the West Front of the US Capitol during the 59th Presidential Inauguration ceremony.

The security in the capital has been beefed up following the January 6 Capitol riots.

Before leaving, Melania Trump said, “Being your first lady has been an honour. God bless you all, God bless your families and God bless this beautiful nation.”