Five more test positive for coronavirus in Kerala, cases rise to 39 in India 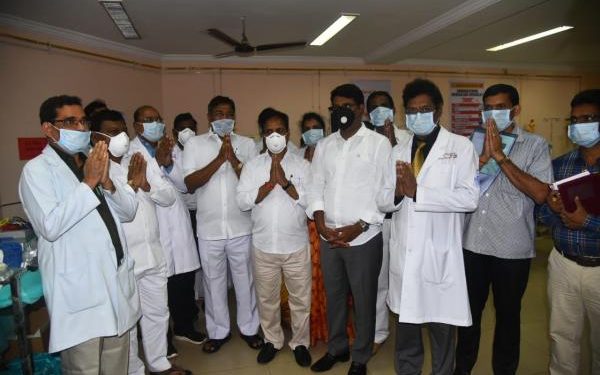 Five members of a family have reportedly tested positive for the novel coronavirus in Kerala, the total number of confirmed infections in the country to 39.

Kerala health minister KK Shailaja on Sunday said three out of the five persons have travel history to Italy and were tested positive in India.

“Three people [a couple and their son] had recently returned from Italy and had met their relatives in Pathanamthitta district [of Kerala] after which they were also infected,” India Today quoted Shailaja as saying.

The three had evaded health screening at the airport on their return about a week ago and all the five hail from Ranni in Pathnamthitta district, Shailaja said.

“As of now, their condition is stable. But there is need to take extra care”, the minister said.

“The relatives approached the hospital reporting symptoms and have now been kept in isolation wards,” Shailaja said.

She said that the state has stepped up precautions in the Pathanamthitta district.