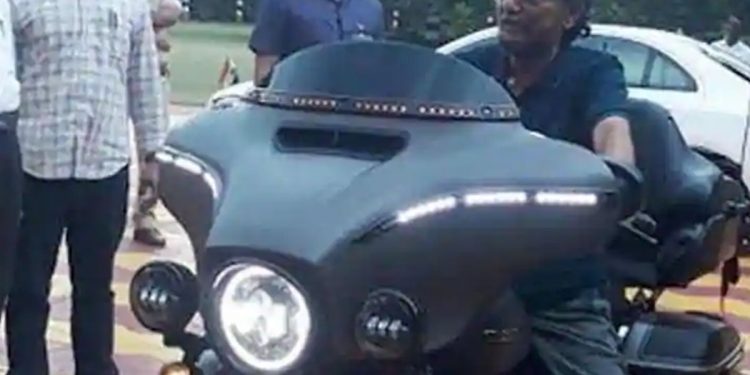 Wearing a T-shirt, jeans and a pair of sneakers, the CJI was seen on the limited edition Harley Davidson CVO 2020 in Maharashtra’s Nagpur area on Sunday.

The 64-year-old CJI has often talked about his love for motorcycles.

In fact, Bobde once said of owning a Bullet by Royal Enfield.

It may be mentioned here that CJI Bobde in 2019 had broken his ankle in an accident while test-driving a high-end Harley Davidson bike.

The Harley Davidson cruiser bike, on which Bobde was seen, however, did not belong to the CJI.