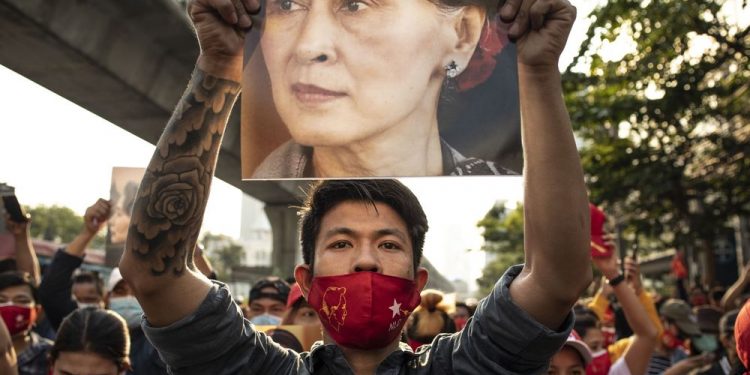 The Civil Disobedience Movement started by the Yangon Youth Network, Myanmar’s one of the biggest activist group, has intensified.

Health workers in over 70 hospitals and other medical departments in Yangon and other cities have also joined the movement saying that they would not work under the military regime.

These health workers have also accused the military Generals of placing their own priorities above those of ordinary people.

“We refuse to obey any order from the illegitimate military regime who demonstrated they do not have any regards for our poor patients,” the health workers said.

“This movement will not stop until the elected government is restored,” said a surgeon.

However, the doctors are reportedly treating patients at their homes and at charity clinics.

Meanwhile, Teachers’ groups, including the Myanmar Teachers’ Federation, have announced that they would join the civil disobedience campaign soon.

The Civil Disobedience Movement was started by the Yangon Youth Network following the seize of power by the Army.

On the other hand, Internet service providers in Myanmar have blocked Facebook-owned services in the Country.

“We urge authorities to restore connectivity so that people in Myanmar can communicate with their families and friends and access important information,” he said.