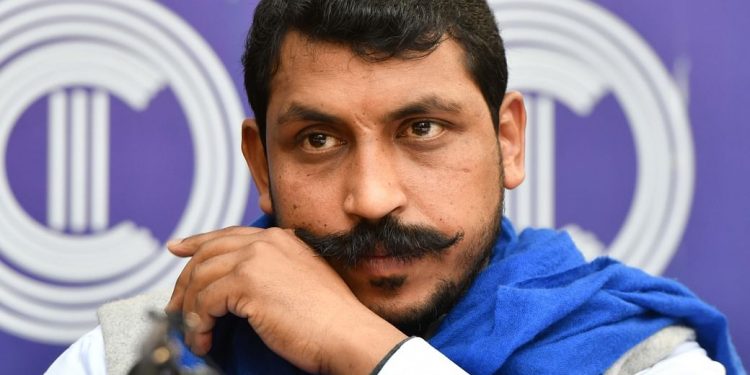 Bhim Army chief Chandrashekhar Azad was apprehended by the UP police in Kanpur on Monday.

Azad was held while he was on his way to the Regency hospital to meet the Unnao victim, who is undergoing treatment there.

He was detained in the apprehension of breach of peace.

Bhim Army supporters created a ruckus and staged a demonstration, demanding the immediate release of Azad.

Earlier, Azad met the family members of the two girls who died due to poisoning on February 17.

He met the family members at a roadside eatery on the outskirts of the village, giving a slip to the police.

Azad had earlier warned that he would go to Unnao if the government did not shift the third girl to Delhi for advanced treatment.