At least 19 killed, over 20 injured in attack on Kabul University 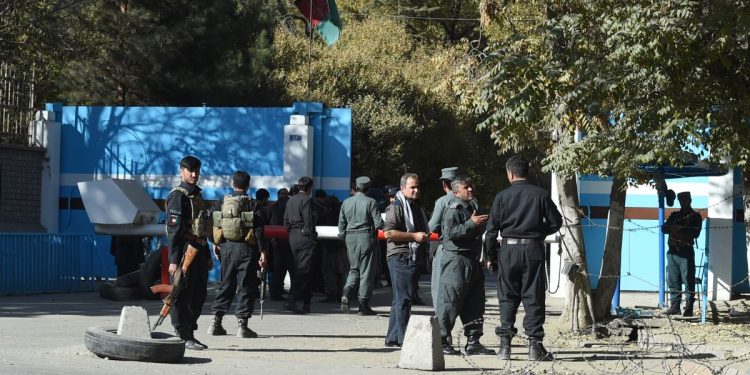 At least 19 people were killed and 22 injured in a terror attack at Kabul University in Afghanistan.

The incident took place when the university was hosting a book fair at the campus, which was attended by a number of dignitaries, including the Iranian ambassador to Afghanistan.

The country’s interior ministry spokesperson Tariq Arian said the attackers were killed in the ensuing battle with security forces.

He said that three attackers were involved incident and one of them blew up his explosives at the beginning, two were brought down by the security forces.

According to reports, the gunmen were targeting students and fired on them as they fled from the scene.

Ahmad Samim, a student, said the attack happened at the university’s eastern side where its law and journalism faculty teach.

The Taliban issued a statement denying responsibility for the attack.