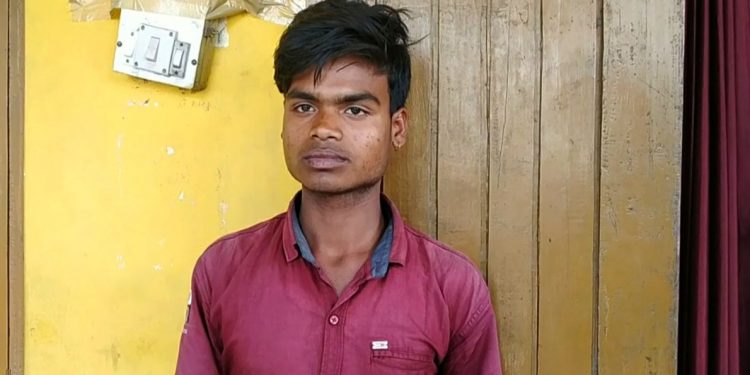 A youth has been arrested by Pathsala police for allegedly killing his friend at Pathsala under Barpeta district of Assam.

The arrested youth has been identified as 22-year-old Rajibul Ali.

He allegedly killed his friend with an axe and buried the body at Titka village near the ITI in Pathsala town.

The deceased has been identified as 21-year-old Abbas Ali, who was the son of Paras Ali of Pub-Tapabari under Barpeta district.

The arrested youth on Monday confessed to the crime, say police, stating that he killed his friend because he had an illicit relationship with the wife of the victim.

Both are residents of Barpeta district and worked under a contractor.

Rajibul Ali attacked his friend on Sunday night in which the later was killed after which he buried the body near the area.

After receiving a complaint, the Pathsala police carried out an investigation and were able to arrest the culprit.

Later, the body of the victim was sent for conducting post-mortem at Fakharuddin Ali Ahmed Medical College and Hospital in Barpeta town.

Locals demanded immediate action and a strong punishment for the culprit.