Another setback for Kangana Ranaut.

Just hours after her Twitter account was “permanently suspended” by the social media giant, Kangana Ranaut was up for another setback.

Now, fashion designers have started to distance themselves from the Bollywood actor, who in the recent times has evolved as a right-winged activist.

At least two fashion designers have announced that there will be no future collaborations with Kangana Ranaut.

Textile designer Anand Bhushan in a statement said: “In view of certain events today, we have taken a decision to remove all collaboration images with Kangana Ranaut from our social media channels. We also pledge never to be associated with her in any capacity in the future. We as a brand do not support hate speech.” 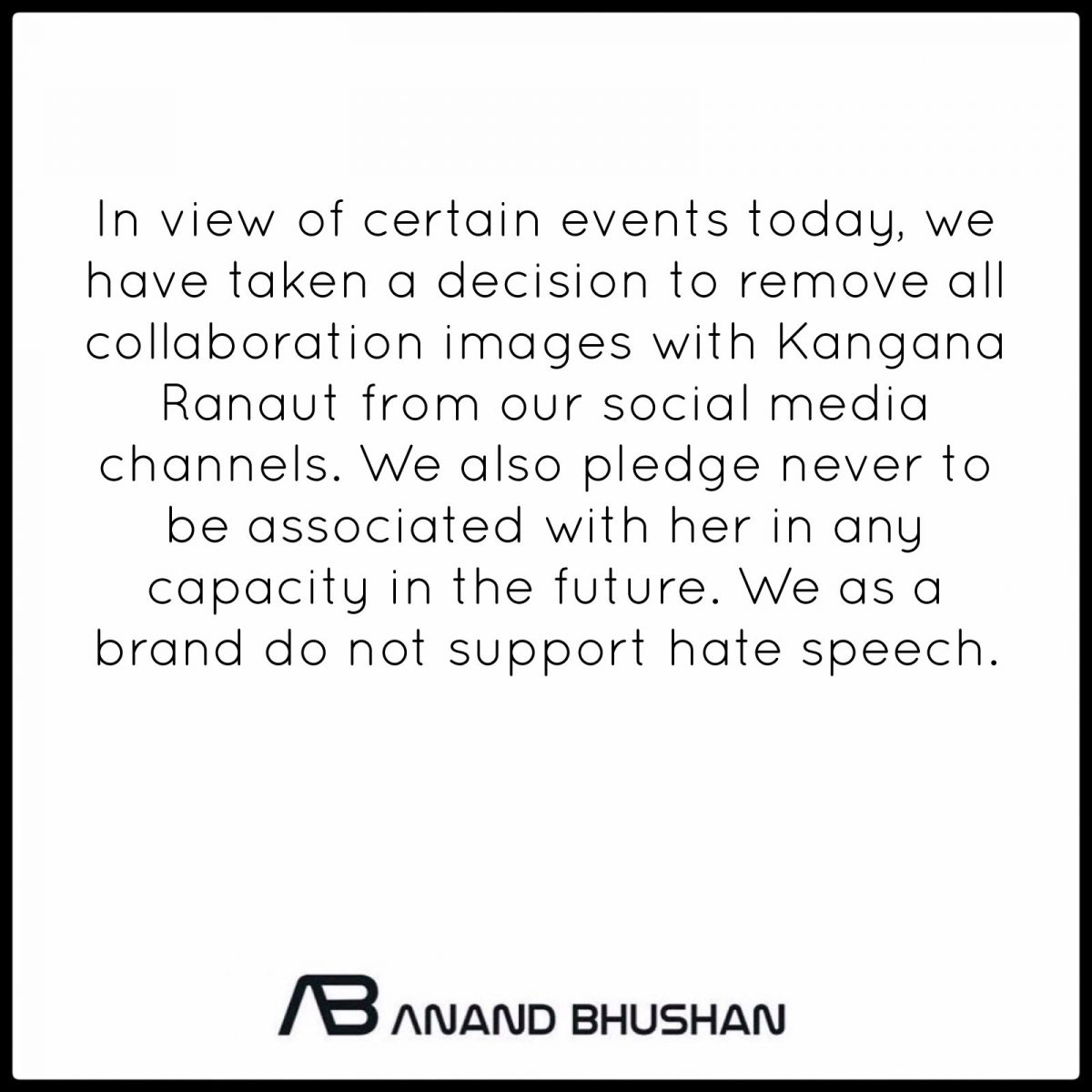 Rimzim Dadu said: “Never too late to do the right thing! We are removing all posts of past collaborations with Kangana Ranaut from our social channels and pledge to not engage in any further association with her.” 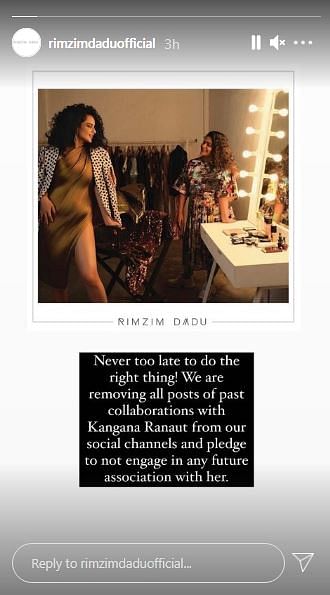 She tweeted: Pleasantly surprised to see this! Kudos to you @AnandBhushan & #RimzimDadu for calling out hate speech and incitement to genocide in a direct manner! Stand tall you guys!”

Notably, the twitter handle of Kangana Ranaut was “permanently suspended” after the actor posted a controversial tweet relating to the post-election result violence in West Bengal.