After January 26 violence, farmers call-off march to Parliament on February 1

The farmers’ leaders have stated that their agitation against the three new farm laws will continue. 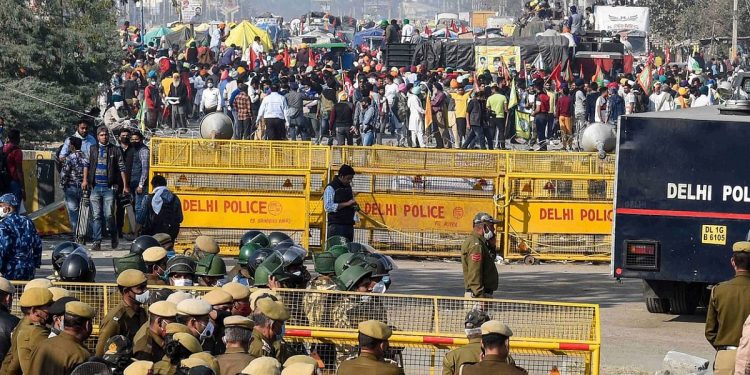 Following the violence that broke out on January 26 during the tractor rally, the famers’ protests leaders have scrapped their plans of marching to the Parliament on February 1 during the Budget session.

However, the farmers’ leaders have stated that their agitation against the three new farm laws will continue.

“Public meetings and hunger strikes will be held across the country on January 30,” informed the farmers’ leaders.

“On Martyrs’ Day, we’ll hold public rallies across India. We will also hold a one-day fast. March to the Parliament on February 1 stands postponed for now due to Tuesday’s violence,” said Balbir S Rajewal of Bhartiya Kisan Union said.

Earlier on Tuesday, unprecedented violence broke out in the National Capital after the protestors who took out the tractor rally made a detour from the agreed upon route for the tractor rally.

Violence broke out soon after as Central Delhi was witness to ferocious clashes between the police and the protesting farmers.

A farmer, who was a part of the tractor rally also died after the speeding tractor he was on board overturned near the ITO junction in Central Delhi.

A section of protesting farmers had also entered the Red Fort and hoisted a flag atop a dome.

Meanwhile, the protesting farmers have blamed “anti-social elements” for the unprecedented violence.

Meanwhile, Delhi Police has claimed that nearly 400 policemen sustained injuries in the clashes with the rampaging farmers’ protestors.

Meeting the injured Delhi Police personnel. We are proud of their courage and bravery. https://t.co/7ooTwEf06x

The Delhi Police has registered 22 FIRs so far in connection with the violence.