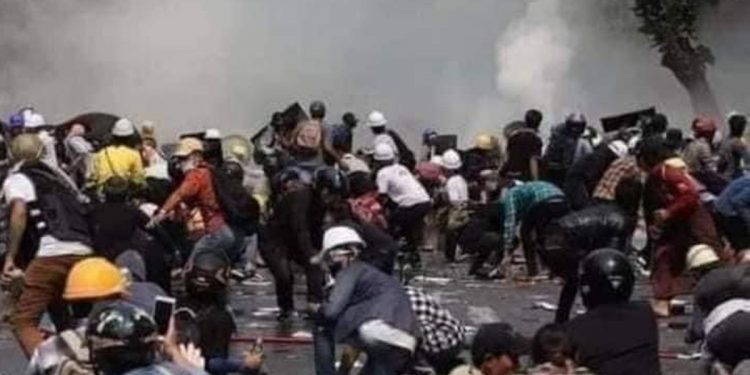 At least 25 civilians and anti-junta fighters were killed during clashes with the Myanmar military in the central part of the country, villagers said.

Myanmar has been in turmoil since a February coup that ousted the elected government of Aung San Suu Kyi.

According to media reports, more than 890 people have lost their lives during the crackdown launched by the junta.

To fight against the State Administration Council, civilians have formed ‘defence forces’ in various parts of Myanmar and often use hunting rifles or makeshift weapons.

It has been reported that the central Sagaing region has been in the limelight as multiple skirmishes between defence forces and the military have taken place there.

On Friday, fighting broke out in the Depayin township, the report said.

The report quoted residents as saying that military trucks entered their area and opened fire indiscriminately on a village near the jungle for flushing out members of the local defence force.

The report quoted a villager as saying that they heard the shooting of artillery 26 times.

He also informed that the anti-junta fighters tried to retaliate the shooting by the Army but could not fend off the attack.

There were civilians among those who died of shooting from the Army.

The report quoted a member of the local defence force, who helped to organise the collection of bodies, as saying that the villagers waited until Saturday to come out of their homes to assess the casualties.

While one of the teams found 9 bodies and buried them, another team recovered eight other bodies, which were also buried the same day.

On Sunday, they found 8 more bodies of the anti-junta fighters and civilians.