The 15 mid level Indian Army officers along with their spouses who visited Bangladesh from July 6 to July 12, 2019. Image credit - Northeast Now

As part of soft power exchange programme and continuing the high level defence cooperation between armed forces of India and Bangladesh, 15 middle level officers of Indian Army along with their spouses visited Bangladesh.

The Indian Army officers along with their spouses visited Bangladesh from July 6 to July 12, 2019.

The Indian Army delegation was airlifted from Kolkata on July 6, 2019 by a service aircraft of Bangladesh Army, informed the Guwahati-based defence PRO, Lt. Col. P. Khongsai. 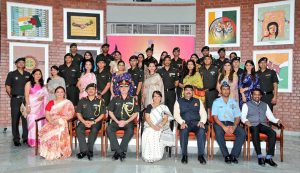 “This is a significant milestone in the history of bilateral relations as this is first of its kind, wherein 15 mid level officers of Indian Army, accompanied by their spouses visited Bangladesh,” Khongsai stated.

The visit is reciprocal in nature, wherein 25 young couples of Bangladesh Army had earlier visited Delhi, Agra and Kolkata from November 26 to December 2, 2018, the defence PRO informed. 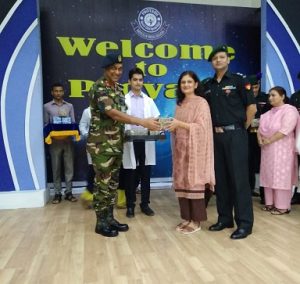 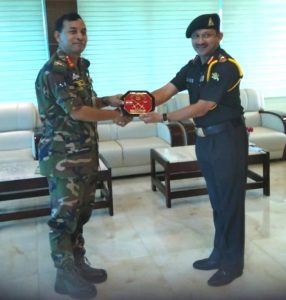 The Indian Army delegation arrived back at Kolkata on July 12, 2019 by a service aircraft of Bangladesh Army.

“The visit was aimed to enhance military co-operation and people to people contact in the backdrop of our enriched common cultural heritage and will go a long way in enhancing co-operation and inter-operability between the two Armies,” Khongsai added.