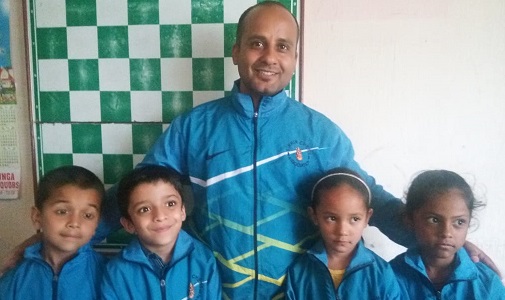 A four-member Sikkim Chess Association (SCA) team is leaving on Thursday to represent Sikkim in the 33rd edition of National U-7 Open & Girls Chess Championship 2019 to be held from June 1 to 6 in Kolkata.

This is for the first time that a very young U-7 team from Sikkim is participating in the national championship.

The team has been led by Leela Prasad Acharya as team coach-cum-manager. The team has also been accompanied by parents of the state team members.

Speaking to media persons, SCA general secretary, Mahendra Dhakal mentioned that for the first time the association was sending a team of such young age group. He stated that the participation of such young team in the national level was a good sign of the development of the chess in Sikkim in all age group.

“This time team members will also be accompanied by their parents and this would be a motivation for players and the parent’s participation is also a good sign for the further development of the chess,” he said.

Dhakal stated that all team members have shown a great performance in the recent North East Chess Championship held in Sikkim.

Aaradhya won a gold medal, Atisha won a silver medal and Pragyan and Manasvi won a bronze medal each in the north east championship. He expressed his hope for a better performance by the State team members in the national championship.

“This national championship would be a big exposure for these young players to test their performance among leading players of the country,” he said.