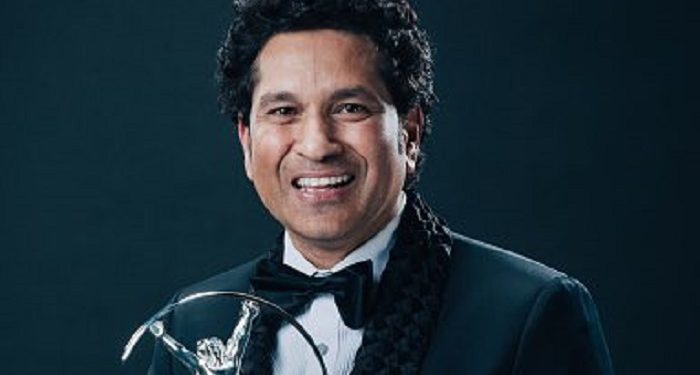 Tendulkar was awarded after the moment wherein his teammates carried him on their shoulders following the historic World Cup triumph in Mumbai in 2011 got the maximum number of votes to emerge the winner.

The Laureus Sporting Award honours those moments that exemplify the true values of sport: fair play, sportsmanship, humanity, overcoming adversity, dedication and the power of sport to unite us.

For this year, 20 historic moments of sports were shortlisted for the award.

After receiving the award, Tendulkar thanked his fans and well-wishers for their love and support.

“It’s incredible. The feeling of winning the World Cup was beyond what words can express. How many times you get an event happening where there are no mixed opinions. Very rarely the entire country celebrates,” he added.

“And this is a reminder of how powerful a sport is and what magic it does to our lives. Even now when I watch that it has stayed with me. It was the proudest moment of my life, holding that trophy which I chased for 22 years but I never lost hope. I was merely lifting that trophy on behalf of my countrymen,” he further added.