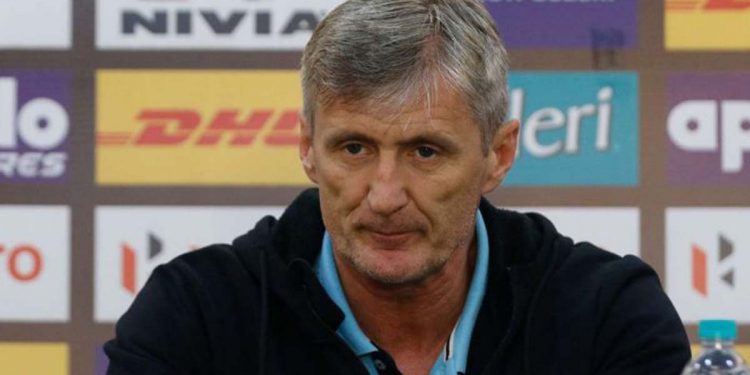 The NorthEast United FC (NEUFC) has confirmed that head coach Robert Jarni and his coaching staff are no longer associated with the club.

The NEUFC said it has “parted ways with the Head Coach Robert Jarni and his coaching staff through mutual agreement”.

The NEUFC, which is co-owned by Bollywood actor John Abraham, said the decision has been taken keeping in mind the “best interests of the club” and their “recent performances” in the Hero ISL.

The NorthEast United FC has thanked Jarni and his team for their service over the last five months. 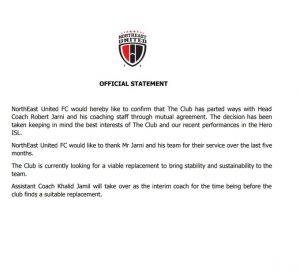 “The club is currently looking for a viable replacement to bring stability and sustainability to the team,” the NEUFC said in a statement shared on its official Twitter handle.

Now, assistant coach Khalid Jamil will take over as the interim coach for the time being before the club finds a suitable replacement, it further said.

The 51-year-old Croatian coach took charges of the highlanders at the start of the season as the later parted way with Eelcho Schatoorie instead of his success in last season.

Currently, NEUFC is at the bottom of the league table as they have won only two games out of their fifteen engagements and it seems it is the devastating form that leads the club to take an early call of departure for their gaffer.

Meanwhile, a terrific game of football came to an end as both NEUFC and Jamshedpur FC team, who locked horns at Sariusajai Stadium in Guwahati during their ISL clash on Sunday, shared points at the end of a thrilling 3-3 draw.