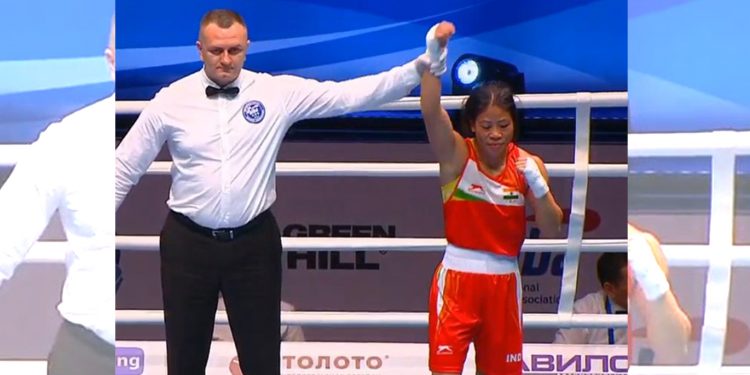 M. C. Mary Kom on Thursday guaranteed a medal at the AIBA Women’s World Boxing Championships as she stormed into semi-finals.

The seven-time world champion from Manipur on Thursday defeated Colombia’s Ingrit Valencia in the quarterfinals at Ulan Ude in Russia.

This would be her eighth medal at the World Championships. Mary Kom is seeded third in the competition.

The boxer from Manipur got huge support from the crowd, appeared calm and assured in the quarter-final match.

From the second round, Mary Kom, a mother of three children, got aggressive, and managed to corner her opponent from all sides.

Mary Kom defeated Ingrit Valencia of Colombia in a straight 5:0 verdict. The semifinals match will be held on October 12.

Mary Kom had defeated Jitpang Jutamas of Thailand in the pre-quarterfinals on Tuesday.