All nine Indian boxers who have qualified for the Tokyo Olympics so far will be seen in action at Boxam meet. 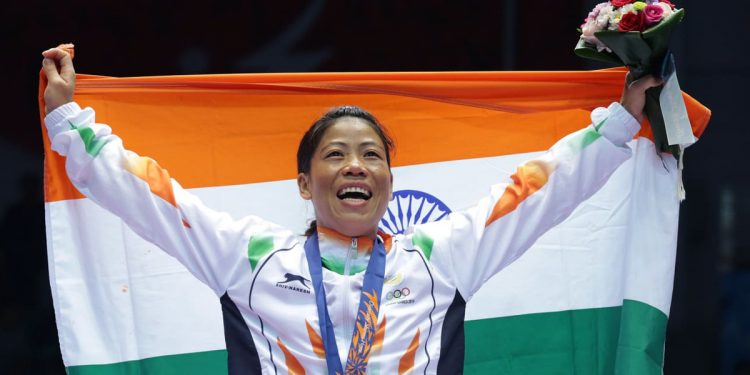 MC Mary Kom is all set to be back in action after almost a year.

The veteran boxing champion – Mary Kom – will be seen in action for the first time since qualifying for the Olympic Games last year in March.

‘Magnificient’ Mary Kom will compete in next month’s Boxam International Tournament at Castellon in Spain.

The Boxam International Tournament in Spain is scheduled to be held from March 1 to 7.

MC Mary Kom is a six-time world champion and an Olympic bronze medallist.

Also read: Air travel to get costlier, Centre hikes airfare by 30 per cent

All nine Indian boxers who have qualified for the Tokyo Olympics so far will be seen in action at Boxam meet.

The tournament will also be a competitive return for Manish Kaushik, who qualified for his maiden Olympics at Amman but had suffered an injury during the process.

Apart from these nine, the 14-member contingent will include Mohammad Hussamuddin, Sumit Sangwan, Sanjeet, Manisha Moun, and Jasmine Lamboria.