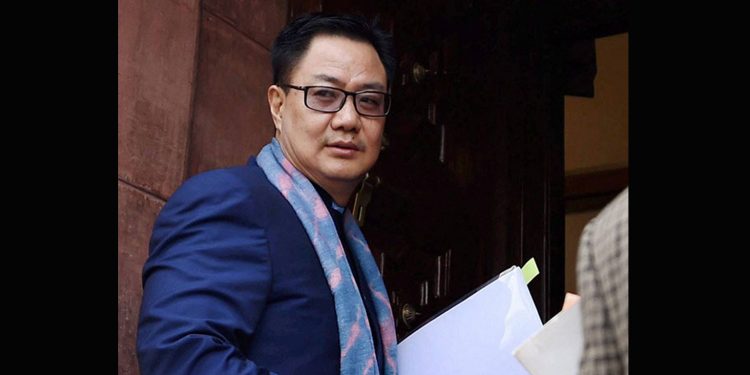 He was also accompanied by Gujarat Chief Minister Vijay Rupani and a host of other luminaries of the sports fraternity.

The sports minister even played football before the inauguration of the academy.

Rijiju further infomred that a conference of sports ministers of various states is likely to be held in November at  Kevadiya.

“I have proposed to hold all-India sports ministers’ conference in the month of November at Kevadiya, and the chief minister has agreed,” Rijiju said.

“Not only sports, but we will also get to know about Gujarat’s culture and a chance to see the world’s tallest statue,” he further added.

“Changes in the sports sector in the last five years have started to yield results. The country is no longer satisfied with just a few medals at the international events,” the minister added.

“In the past, India would participate in Olympics, Asian Games, Commonwealth and world championships and would feel happy after winning 2-4 medals,” he said.

“But in New India, we are not going to settle for one or two medals,” he added.

The CM infomred that 47 lakh students will take part in the Khel Mahakumbh, with around 1.60 lakh students getting Rs 40 crore worth of awards.

“When you make children aware of sports at a young age, this will help in their overall development,” Malik said.

She also said that with the introduction of the government in regards to sports, people’s mindset towards it- especially para-athletics- has changed to a great extent.

“The mindset towards the para-athletes has changed a lot over the years. Me being present here is a very big deal,” Malik added.