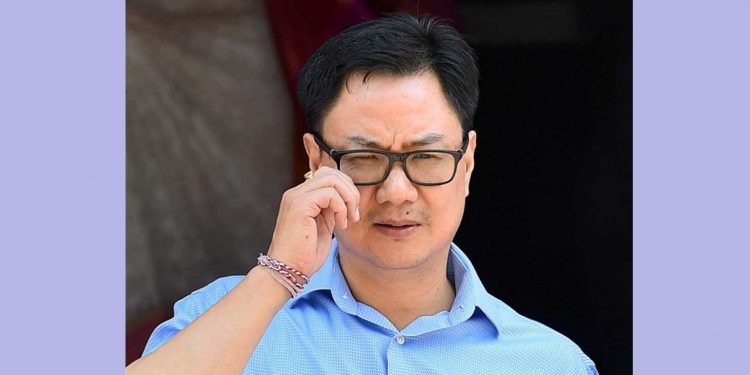 Union sports minister Kiren Rijiju said that the final call to boycott 2022 Commonwealth Games (CWG) will be taken by the government.

The Indian Olympic Association (IOA) recently urged the government to boycott CWG 2022 in Birmingham for dropping shooting from the event.

“We should keep in mind that one decision of ours does not hurt the medal prospects of our athletes,” Rijiju said.

“They should not suffer because of our boycott call. We need to take their interest into account,” he further added.

“So, the government will take a wise decision and the call (whether to boycott or not) will absolutely be taken by the government at an appropriate time,” Rijiju further added.

He further made it clear that the IOA can’t decide regarding the boycott on its own.

“When the IOA president and Boxing Federation of India (BFI) chief met me recently, I categorically told them the boycott decision can’t be taken right now. That’s a big decision,” said Rijiju.

“I told them that before the government decides, it’s important for the IOA to meet Commonwealth Games Federation (CGF) president (Louise Martin) and make him know our stand that this decision will not serve the country’s interest,” Rijiju said.

“Based on whatever decision the Games’ organising committee will take, the government will then decide,” said Rijiju.

“But boycotting the games at this stage is not an option,” he asserted.