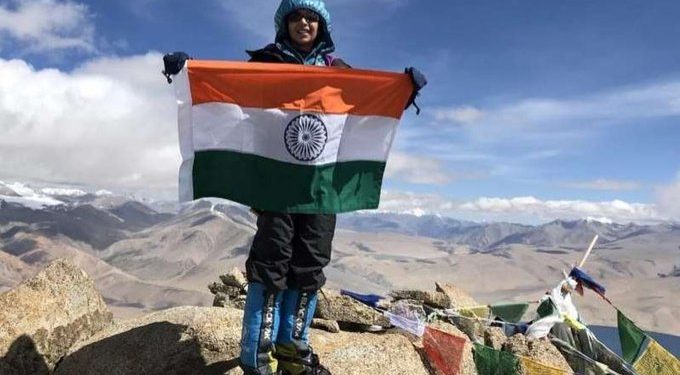 A 12-year-old student of Mumbai Kaamya Karthikeyan recently became the youngest girl in the world to climb Mt Aconcagua, the highest peak in South America.

Kaamya, who is a Class VII student of Navy Children School achieved the amazing feat after she reached the 6,962 metres tall mountain  on February 1 last.

After reaching the summit of Mt Aconcagua, she unfurled the Indian national flag there.

According to Indian Navy officials, years of physical and mental preparation along with regular participation in adventure sports combined with strong character, helped the young girl in overcoming many administrative hurdles and extreme climbing conditions to achieve this rare feat.

Kaamya’s father S Karthikeyan is a commander of the Indian Navy and her mother Lavanya  is a teacher.