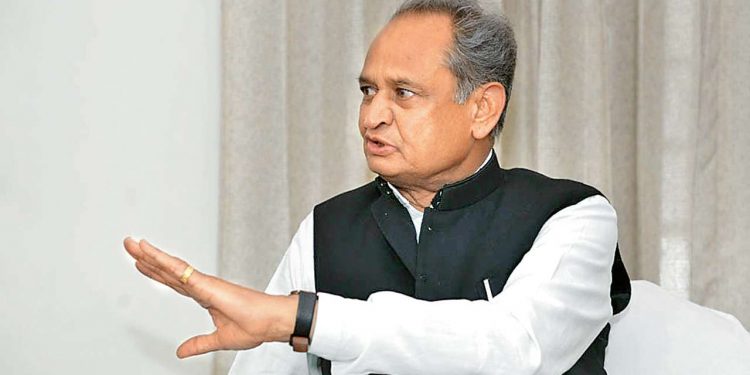 The ongoing crisis facing the Ashok Singh Gehlot government in Rajasthan has once again exposed the deep rot in the Indian National Congress, which ironically everyone seems to be noticing barring the party’s leadership.

Ensconced in the company of sycophants who are detached from the ground realities, the leadership seems to have little clue as to what’s transpiring, let alone confronting them, and hence the indifference that’s so apparent.

One could in fact be forgiven if she or he finds an uncanny similarity of the current crisis in the Congress with what well-known Irish poet WB Yeats had written in his “The Second Coming” poem: “Things fall apart; the centre cannot hold.” For, the party leadership is finding itself just too hard to keep its flock together.

So, it’s not without reason that someone like Sanjay Jha, who served as party’s spokesperson since 2013, had remarked that “the Congress party desperately needs to reinvent itself with fresh faces and a new perspective”. And the fact that he was unceremoniously removed for saying so in itself goes to highlight how deep the rot is.

The exasperation of another senior Congress leader and lawyer-cum-MP Kapil Sibal at the turn of events too was evident when he tweeted: “Worried for our party. Will we wake up only after the horses have bolted from our stables?”

The latest crisis to have hit the party in Rajasthan comes barely three months after its government in Madhya Pradesh fell through, and its leadership should have thus seen it coming by trying to keep its flock together, so crucial at this juncture if it really wants to try and halt the Modi juggernaut. But, it instead chose to live in denial by blaming the BJP, its bête noire.

Yes, the BJP may be a part of the problem, but blaming it entirely isn’t definitely the solution. Hence, it shouldn’t come as a surprise if tomorrow Congress youth leader and Rajasthan deputy chief minister Sachin Pilot takes the same trajectory taken by two of his former party colleagues Himanta Biswa Sarma in Assam and Jyotiraditya Scindia in Madhya Pradesh and join the BJP.

This brings us to the next issue of youth leaders in the party getting increasingly disillusioned with the state of affairs within. Bereft of an ideology to able to hold disparate elements together unlike in cadre-based parties like the BJP or the Left, a popular figure from the Nehru-Gandhi family always acted as glue to hold party leaders together in the past, besides the trappings of power. But with the tables having been turned and in the absence of a charismatic family member leading from the front, the knives are out now with dissidence spiking.

Further, with old guards within the party unwilling to cede space to the young and forming the inner coterie holding the crucial access to the Nehru-Gandhi family, the latter are naturally livid. Cut off from the ground reality, the old guards want to hold the party’s reins by invoking the family legacy, little realising that the law of diminishing marginal utility has since caught up with the brand.

The young leaders thus are finding it increasingly difficult to cope with the situation or push through their ideas, with the veterans still calling the shots. They are finding themselves being let down. But the uninspiring leadership of Rahul Gandhi thus far hasn’t helped their cause either. No wonder, some of them are finding the BJP a better proposition.

Under the circumstances, it’s extremely crucial for the grand old party to evolve by infusing itself with fresh dosages of young blood and ideas. It needs to seriously ponder whether it’s worth continuing to rely on the family surname to keep itself politically relevant, given that the returns don’t seem to be commensurate with the amount of investment that goes into it.

But again, that seems to be easier said than done given the fact the party has been converted into a Nehru-Gandhi family enterprise and its leaders’ predilection, if not obsession, for the family members, besides the incumbent party president’s not-so-secret desire to see her son being crowned some day.

Nonetheless, a God-send opportunity still exists with Rahul yet to occupy the party’s topmost position, having resigned last year after his party’s debacle in Lok Sabha elections. So, if a non-Nehru-Gandhi family member makes to the top post, there will be a lot of symbolism attached and will especially help drive home a strong message among the party men that theirs’ is truly a democratic organisation where anyone could occupy the higher echelons through dint of hard work. The bottom line is, the party needs to come out of the dynasty mould and reorient itself drastically, if it seriously means business. Else, it will always be advantage BJP.

Finally, to endear itself to the masses, the party’s anti-Modi plank needs to be made less shrill by creating an alternative narrative that talks less of Modi Inc and more on its vision. By going berserk over Rafale fight jets deal during the general elections last year or its ongoing blitz against the government over the Chinese incursions along the Line of Actual Control (LAC), a message seems to be somehow going out to the masses that the party is highly frustrated having been out of power at the Centre for two consecutive terms, if not “anti-national”.

Attacking Modi Inc on every issue may not always be the smartest thing to do, as has been borne out in elections after elections in the past six years. The party’s top brass needs to seriously reflect on this as much as Rahul’s propensity to cause guffaws with his ill-informed statements, if it really wants to project him as an alternative to Modi before the country.

However, if the developments of the past six years don’t serve as a wake-up call for the party to do some real soul searching (if it at all it wants to stay relevant), nothing ever will. And the country will lose out an opportunity of having a strong opposition in the Congress.

Anirban Choudhury is an independent journalist based in Guwahati. He can be reached at:  [email protected]