The return of peace to northeast might have been derailed 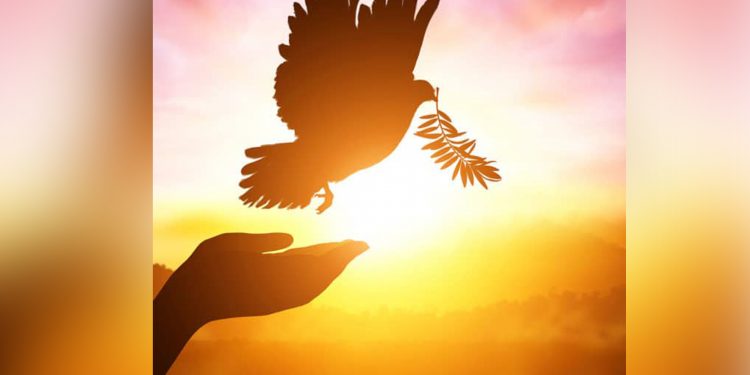 Even the most vocal critics of the Bhartiya Janata Party (BJP) would find it difficult to disagree that since Narendra Modi assumed charge of Prime Minister in 2014, the security scenario in states of Northeast region improved considerably.

The biggest leap NDA1 under Narendra Modi took, however, came in the form of reigniting fresh hope for a solution to the Naga peace a talk, which was dragging on since 1997. R. N Ravi, a 1976 batch IPS and former Intelligence Bureau officer, who had a sound appreciation of the Naga issues, was appointed as the new Interlocutor.

Though the NSCN leadership was not much enthused by his appointment since he was seen as someone who nursed strong dislike for the NSCN (IM), he managed to break the perception with his businesslike conduct of the talks and passionate approach to the issues. With the passage of time, the cordiality improved and talks progressed significantly, leading to the signing of the historic Framework Agreement on August 3, 2015.

Speaking on the occasion, the Prime Minister mentioned three important points that immediately struck a favourable chord with the Naga leaders–‘recognizing and respecting the uniqueness of the Nagas’, ‘failure to understand Naga problems and keeping them isolated and insulated’ and need for understanding each other in the ‘spirit of equality’.

In response, the Chief Negotiator for the Nagas, Thuingaleng Muivah, stated that if India was willing to take one extra step, they were prepared to take ten steps to ensure that the talks conclude meaningfully. The signing of the Framework Agreement, therefore, was heartily welcomed by Naga public across states in the Northeast with prayer services conducted for the success of the talks.

The visit of the Interlocutor to Nagaland immediately after signing the framework Agreement was marked by massive receptions. There were positive vibes all over and the Nagas for the first time ever became hopeful of witnessing an end to years of violence and bloodshed.

Within the NSCN (IM) too, the positivity was clearly palpable, and in the hope of mainstreaming themselves sooner, many leaders, particularly second and third rung in the hierarchy who, until 2015/16 were using alias names and fake addresses for fear of being tracked down by the authorities corrected their details and that of their family members.

It was a sign of trust in the government of India that intends to solve the problem was genuine. However, this massive investment of goodwill which was well-received seemed to have been eroded somewhat.

In August 2019 when the government of India through the Interlocutor sounded an ultimatum of three months to the NSCN leadership for winding up the talks, all the goodwill and trust garnered over the last four years or so suddenly evaporated and every move of the government of India, including some well-intended ones, were interpreted differently.

The setting of the time frame to conclude the talks was read as dictation by the government and all the candid comments the Prime Minister made on that historic occasion were also dumped as mere lips service. Therefore, despite the two sides agreeing to disagree on some contentious issues and formalized the deal, feelings of mistrust are very much palpable.

In other parts of northeast too, the BJP might have done away much of the influence it garnered during the last five years because of the Amendment to the Citizenship Act. No doubt the fears and apprehensions of people in the region about the possible adverse implication of the Act remain central to their opposition.

But the manner in which the Bill was fast-tracked to become an Act even as the entire Northeast was burning has hurt the sentiments much more deeply. It was viewed as a glaring example of Centre’s insensitivity to the concerns, feelings and sentiments of people, a deliberate attempt to convey the message that the louder you shout, the harder we shall hit kind of attitude.

This has hardened the resolve to stand up against the CAA rather than be intimidated. Hence, the motivation to coordinate and cooperate had become stronger and governments may find it difficult to douse this burning spirit.

It is worth noting that the protests across the region were not entirely politically motivated as the ruling party may like to believe. They were driven by the collective desire to ensure that CAA does not ruin the region by allowing Hindu migrants from Bangladesh to swamp in.

That precisely was the reason why protests were equally explosive even in states where Inner Line Permit (ILP) regimes are in place because, in spite of the ILP being operational, several Illegal Bangladeshi migrants had entered these states in the past and naturalized themselves as Indian citizens with the help of fraudulently obtained identity documents.

Who is going to stop them once they become bonafide Indian citizens? They asked. Also, states dominated by Christians saw the move as an attempt to neutralize the Christian majority by BJP/RSS, a perception which is debatable but not entirely baseless.

They suspect that since achieving strong and sustainable RSS base in these states would be an uphill task, the only way forward was to facilitate the influx of Hindus from Bangladesh through the CAA route.

In this backdrop, it would be a gross misreading of the developing trend to equate protests being witnessed in mainland India with those taking place in northeast India. In the case of the former, stated reason against the CAA is for alleged tampering over the spirit of the Indian Constitution. For the people of the northeast, the Act is seen as a direct threat to their very survival.

Therefore, unless some safeguard clause (s) is inserted in the Act itself to exempt the region, this fear shall not be adequately assuaged. No doubt the government of India has the option of applying the tiring out tactics to wane away public protests in the region. But such a move may prove to be counter-productive with far-reaching consequences.

Prolong dissatisfaction and disgruntlement amongst the public may also provide the much-needed lease of life to subversive forces waiting to bounce back into the limelight. Such a situation would reverse all efforts made so far to see that peace dawned on the region. As a matter of fact, these recent developments might have already derailed the return of peace to the region to some extent.