Silver jubilee of Internet in India and Northeast 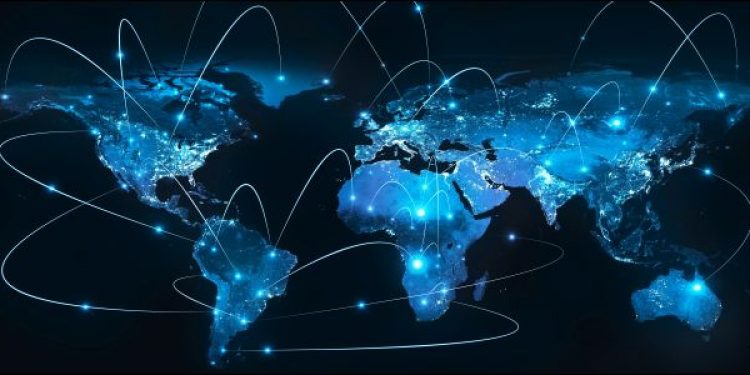 15th of August is an important date in the history of India as we celebrate the Independence Day. However, there are two more aspects of historical importance on this date as on 15th August, 1995 both the cellular telephony and public internet were launched in India in separate developments.

Jyoti Basu, the then chief minister of West Bengal, made the first mobile phone call to India’s telecom minister Sukhram on that day and people started browsing the internet through dedicated dial lines in major cities with the network launched by then existing PSU Videsh Sanchar Nigam Limited (VSNL).

Internet came into existence as a US defence project known as ARPANET in 1969 which later entered the wider public domain when Tim Bernes Lee discovered the World Wide Web in 1989 and brought internet to the common man thus allowing surfing, browsing and most importantly connecting real time.

With the coming together of the internet and cellular technologies in the mid 90s and the resulting avenues of ecommerce, social media and video calls, the medium has become a part and parcel of everyone’s life. The absence of geographic constraints added to the Internet today forms the backbone of the digital world.

In the last 25 years India saw many developmental progress and a lot of them had the application of internet technology to optimize the efforts. Today a large section of the Indian population is dependent on the internet and as per the current approximate data India has around 55 crore users of internet which is still expanding at a steady rate every year.

More people use the mobile for the internet nowadays. By and large social media has been the main driver for the vast popularity of the internet in India. Facebook, Whatsapp, Instagram and Twitter have huge followings and regular visitors on a daily basis. Even consumer products through ecommerce portals at discounted prices have enthused people in tier two cities and rural areas much beyond the cities.

Amazon and Flipkart have seen unimaginable reach and growth during the recent COVID19 pandemic. Many e-governance projects got mission mode support from successive governments and the Digital India project launched by the union government in 2015 is aimed to build enhanced internet infrastructure like broadband connectivity and last mile support and also create a platform where people can avail government services online via the internet.

After the launch of Digital India, the Unified Payments Interface (UPI) real time payment system was launched in 2016 which has been a gamechanger in pushing digital payments. In just a span of four years, UPI has listed around 10 crore users.

The legal edifice to deal with cyber issues were introduced in the year 2000 when the Information Technology Act was notified and amended in 2009 but much more needs to be done as technology is changing fast and newer unique forms of crimes are emanating. The data protection laws are expected very soon to be introduced.

Besides the programmes and infrastructure, a lot has happened in terms of the usage of the medium and while people have engaged in various activities over the medium, there have also been the growing fear of cybercrimes and many people have been affected. Many elements try to use the social media platform to foment trouble in society and also between communities. Law enforcement agencies and judiciary have seen capacity building and still a lot needs to be done.

The Northeast region hasn’t remained away from the impact of the internet. Early in 2001, community information centres (CIC) were set up in 457 blocks in the region which served as internet hubs for the community. Post the social media entry, in the mid 2000s, BSNL expanded its data connectivity in the region and the private prayers also entered the fray and smartphones became common and quickly overtook the landlines.

However, the biggest push was the availability of quality data services with the entry of Reliance Jio in 2016 and social media and ecommerce are very popular in the region. Delivery of products by the ecommerce companies to far flung areas has been a major boon for the region which often overtook the hurdles through the normal delivery channels.

Also news portals pertaining to the region have come up very successfully and are admired by large sections of the society as they are able to gather news about the region as national media covers the region very poorly.

Today video calling has become very popular in the region and Digital India is pushing the reach further. At the same time social media related crimes have increased significantly and have to be dealt with sternly and fairly.

A recent phenomenon has been the participation of a few start ups and apps from the region. During the COVID19 pandemic, a lot of institutions in the region have undertaken work from home and online classes and individuals and families have used online purchases more regularly.

Needless to say, the internet has changed the country and has reached every nook and corner and is now a ubiquitous phenomenon for a large section of people. Along with its journey, it has ensured the transformation of many sectors. Having worked in this area as a policy analyst for more than two decades and being involved with many changes both within the country and abroad, it is a great satisfaction to see the revolutionary changes that the internet technology has brought.

I have been one of the four industry invitees to the first meeting of the Cyber Regulations Advisory Committee of the union government in 2001 to decide on the issuance of digital certificates in the country and in turn e-commerce and I can tell that a long way has been covered from what the collective national understanding was, to what it is today about the sector.