Polls ahead in north Indian states: Parivar trapped in its own ‘Chakravyuh’ 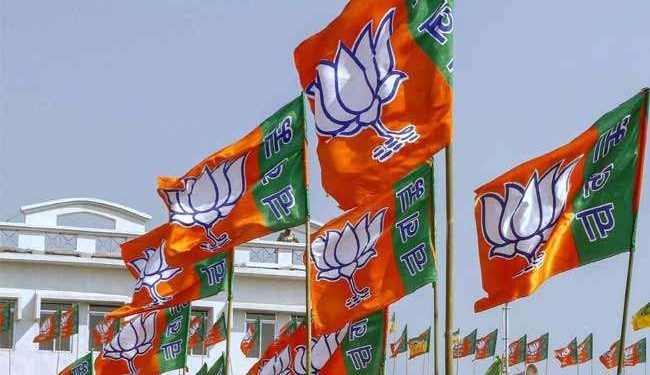 It is a curse on us, nay, entire mankind, that in our sare jahan se aaccha Bharat, polls, votes, political power et al are paramount even amidst galloping Covid as was displayed in West Bengal by Delhi & Election Commission.

The last three phases of the 8-phase polls in WB proved to be Corona multiplying phases. That establishes that the lives of the multitude and garbage are on the same footing. Human lives are totally insignificant except as building blocks of elections.

Whereas peaceful protest is a fundamental component of democracy, with booming fascism on the fast track, even those taking to peaceful protest against government action or even corruption/scam are arrested and slapped with charges of sedition, the war against the state, urban Naxal, etc by the BJP government.

Police bulldozing & jail et al have virtually come to stay as the order of the day in some states while extra-constitutional powers are beginning to become the unwritten law of the land under the saffron baton.

The landscape is further worsened in some northern states slated to go to the polls in 6-7 months with the powers that be beginning to fuel the Hindu-Muslim spat. For several years, elections in India have turned turbulent, nay, villainous, and such trends are on the rise over the last few years.

While the Assembly polls just months away in some northern states, drawing lessons from the West Bengal polls, including the role of the central government, ridiculous 8-phase polls imposed by the Election Commission in a backdrop of a huge Covid surge, one may be of the view that time is round the corner for elements like money, power, politics, votes, mafia & the government machinery to trample all human values, human rights, human lives, etc for the ruling party to win by hook or by crook.

Had the going been smooth from within for the ruling dispensation, the situation to emerge might not have been so worrisome for the people as well as for the Parivar. However, the people in north India are shuddered by the sight of the over-heating, over-boiling & over-fuming of the BJP cauldron at some state capitals and Delhi simultaneously.

Too many factors – the Modi factor, the Yogi factor, the Shah factor, etc – have reportedly caused the temperature to rise to the optimum level. If grapevines musings and certain media reports are to be taken into account, certain issues are converging towards the power fulcrum at the Centre if the emanating reports & sources have any authenticity.

Be that as it may, ground reports emanating from the capitals of north Indian states are bustling with ground reports that the performance cards of the governments over the last few years is bleak & black.

The Covid scenario sans medicine, oxygen and mounting deaths could not have been worse. Thousands of bodies of Corona victims floating in the Ganga or buried in the sand were horrendous and unparallel in the world.

The alleged gang-rape & murder incidents like the Hathras case have apparently distanced the Dalits from the general lot. The much-vaunted ‘vaccination for all’ drive involving crores on publicity and slated for launch on July 1, 2021, in the most frontline northern state has proved to be a real ‘Flop Show’ in the absence of vaccines.

In the sphere of growth & progress, if bytes of commoners to non-godi TV channels/portals supplemented by press reports are any indications, positive development has virtually become a mirage in some northern states.

The biggest headache for the Centre and many north Indian states is the farmers’ stir against the three draconian laws designed to reduce the agriculturists to landless bonded labourers while the corporate sector, including global giants like Walmart, rule the roost.

On the Ram Mandir front, the BJP appears to be firmly chained on both feet. The ground has turned soggy, sluiced, flooded & dangerously slippery for the BJP in the wake of the ‘chanda chor’ occurrence amounting to robbery of crores of rupees from the coffer of Maryada Purushottom Ramachandra, collected as public donations for the construction of the grand Ram Temple at Ayodha.

Significantly, the members of the Ram Mandir Trust that grossly misappropriated the huge amount are allegedly BJP bigwigs or heavyweights close to the corridors of power.

Further, the OBC, the Adivasis and other backward classes led by the national president of BAMCEF Waman Meshram are up in arms against the ruling Brahminical class and are opposed to being branded as Hindus. They are even demanding a separate slot for them in the census form where they can disclaim being Hindus.

While Meshram is organizing massive meetings & rallies attended by lakhs in several parts of mainland India, the process of building up a Buddhist ‘dham’ with targeted membership of 10 crore by 2025 has already begun in Delhi. While the Hindus, led mainly by the Brahminical class and the saffron brigade comprising the BJP, RSS, VHP, Bajrang Dal, et al, enjoy the overwhelming majority status because of over 80 percent strength of the ST, SC, OBC, Adivasis and such other backward communities, with leaders like Meshram openly condemning the Brahminical practices and gaining unprecedented popularity, the Hindus seem to be under threat from within and not from any minority.

The Sangh Parivar must find an answer to the emerging threat posed by the backward classes. The answer to the emerging problem must be sought within the framework of “milk of human kindness” and pristine purity & humanism as advocated by the Holy Gita and not through any anti-Muslim tirade. The sooner the Parivar delves into the issue in the right perspective, the better for the nation in the context of unity & integrity.

Presently, the political landscape in some north Indian states appears to be in a state of flux and chaos for the ruling dispensation. Observers are of the view that with all ammunition having seemingly gone blunt, the north Indian Czars appears to be left with its ever-trusted strategy of triggering Hindu-Muslim discord, an experiment that led the saffron brigade to the gutters in West Bengal.

Meanwhile, non-godi media – print, news channels and news portals – have reported that the process of promoting anti-Muslim tirade is already underway in some north Indian states.

While the Parivar seemingly finds itself caught between the devil and the deep sea, one wonders as to what strategy the saffron may adopt to carry forward its ‘must win’ resolve. With a repeat of the Bengal poll disaster seemingly staring at its face, the Parivar has just about half a year to make amends to woo the bulk of the people to its fold.

Some observers also opine that with the ground seemingly slipping from under its feet, in the last resort the saffron brigade may decide to postpone some state polls in north India under various pretexts. More Bengals before the 2024 Lok Sabha elections may be too bitter a pill for the BJP to consume.