Pet Not a Petty Matter in Lockdown

There is still no such evidence of pets spreading Novel Coronavirus 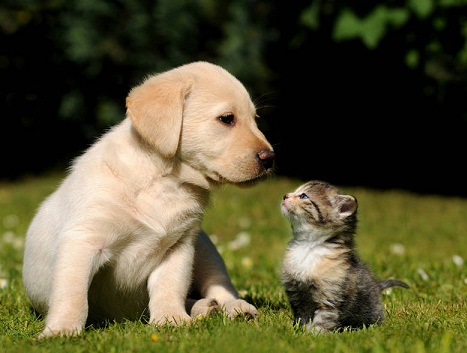 Dogs are not our whole life but they make our life whole.

Pets but not a petty matter. It is said a pet dog is the only thing on earth that loves you more than he loves himself. The Turkish Nobel Laureate Orhan Pamuk wrote in his book My Name is Red, “Dogs do speak but only to those who know how to listen.”

In Mumbai the hoardings displaying WHO warning about pets especially the bats as in Wuhan spreading COVID-19 have recently spread panic and hundreds of owners have abandoned their pet dogs and even cats. Now imagine the worse condition of the stray dogs.

American Veterinary Medical Association, however, reported that the pets were exposed to virus from humans either their owners or other people whom they came in contact with.

There is still no such evidence of pets spreading Novel Coronavirus. Vikram Koccher on behalf People For Animals, the largest Animal Welfare Organisation of India confidently asserted that pets were not the carriers of virus in China which is confirmed also by Maneka Gandhi. “It is quite rare for the virus or any other kind of disease to be transmitted to humans directly from the animals,” she said.

Even earlier when Swine flu broke out as epidemic in many countries viruses did not usually infect humans. Even ebola virus spreads to other people initially through direct contact with the blood, body fluids and tissues of animals. Infection occurred when a person touched the infected body fluids of the animals like monkeys, gorillas and chimpanzees.

“But situation is very different in Covid 19 infection. There is an unfortunate spike in abandonment of the pets. People are leaving their maid servants even outside their gate, it is easily imaginable what the scared people are doing with their Labradors or German shepherd Beagle Bulldog, Yorkshire Terrier Boxer or Poodles not mentioning here the pathetic condition of the stray dogs.

On the lonely streets no one is there to look after them to give even a bowl of rice or a few slices of rotten bread. Meat is not available for them especially the foreign breeds. The hypothes is that feral dogs could be responsible for passing the deadly novel coronavirus to humans based on a computer analysis of the genome of various types of coronavirus is not to be believed and it is assured by Professor James Wood Head of the Dept of Veterinary Medicine at the University of Cambridge in the UK.

This is endorsed through a counter question asked by Dr William Schaffner an expert of infectious disease and Professor of preventive medicine at Vanderbilt University in Nashville.

The conclusion that cats or dogs were involved as an intermediate host for SARS–COV-2 is highly speculative.  Whatever it is, the pathetic condition of the dogs especially the street dogs beggars description.

They are hungry and on the verge of death when men keep themselves busy with lockdown formalities. Test and Test – but in India humans are not tested adequately due to want of kits.

It is next to impossible to conduct test on pet dogs or cats and no question arises of testing stray dogs or cats. With lockdowns being imposed across parts of India   good Samaritans who feed free –roaming animals are facing an unusual challenge.

Some are suggesting in Assam that dogs and cats on the street have to be fed before 7 am when the lock down starts as people go to self- isolation after that in the Janata-curfew imposed areas. They are going to shops and markets. But few are concerned about feeding the dogs or cats on the streets.

Never the non humans saw human beings behaving so inhumanly with them before this Corona Pandemic. Till now we have heard no government heads adopting any measure for protecting the stray dogs or abandoned pets.

Not much is done either by the animal lovers associations all over India beyond lip services. Will history forgive us for this inhuman attitude to the non-humans in the time of crisis? Those stories we heard about animals saving human lives at the cost of their own seem all just stories and fake anecdotes, not real at all. Today it seems that wild animals are less wild and more human than many humans of this world.

Dr Ratan Bhattacharjee is associate professor at Dum Dum Motijheel College. He may be reached at: [email protected]