Of greed, wealth, crimes & lust: We the cheaters of God set to destroy humanity 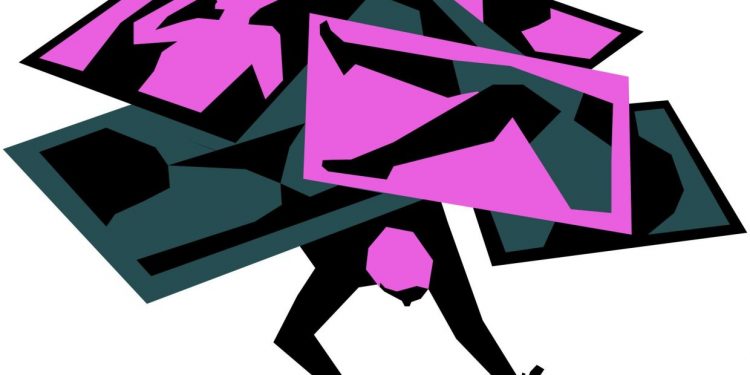 Degeneration, decadence, greed, dishonesty, corruption, lust, perversion, crimes et al have become routine traits in the normal life of a sizable section of the people. This appears to be a lot more discernible among the economically affluent class.

With wealth & economic status having become the yardstick and determining factors of disposition & placement in the society and living milieu, a cut-throat competition to accumulate more wealth than others by means fair or foul has virtually become the most coveted benchmark among the so called respectable community.

This fake  culture, to a large extent an offspring of crimes, greed & lust, again is stuffed with a extravagant, wasteful, prodigal lifestyle branded as hi-fi of the economically richer class. The result being that all ethics, morality & honesty have gone to the dogs.

The holy scriptures of almost all major religions of the world speak of the world coming to an end in the future meaning thereby the end of life on this planet. The scriptures are also almost unanimous & consensual in the  enunciation that for long, prior to the coming of the end-time(s), human values, honesty, ethics, morality and virtues as advocated by just about all religions would virtually disappear while decadence, degeneration, greed, material values, perversion, burgeoning sins, heinous crimes, disorder & unrest would rule the roost.

As per the scripture of a faith followed by a wing of the Abrahamic stock, prophecies made in respect of the end-time(s) are basically almost the same as made by scriptures of other religions – mounting materialistic values replacing human & moral values while virtue becomes an alien factor to human nature.

Galloping sins, wretched crimes, greed for wealth & power, devilish perversion and a godless state of affairs are set to become the order of the day as the world gets closer to the end-time. It also refers to the appearance of a satanic figure whose chief purpose would be focused on tempting mankind away from the path of God with various types of temptations and magic in the name of divine miracle. For convenience let us call this figure ‘D’ as his target will be to usher degeneration, decadence & doom for mankind.

However, it may be noted that ‘D’ will not appear among the people all of a sudden. Indeed the scripture refers to a process of a path-building for him with degeneration, decadence and burgeoning sins, crimes & disappearance of all human values & virtues with electrifying acceleration.

With virtually all goodness having gone down the drain into the bottomless pit and a sizable multitude slipping into the lap of evil force, ‘D’ will make his appearance. As per the scripture, he shall be highly intelligent and will blend half-truths with lies, falsehood & deception. Application of this method of deceiving will make ‘D’ hugely effective, immensely credible, convincing and highly trustworthy among the people, a sizable section among them being already a decadent lot.

Soon he will start projecting before the people rosy dreams of great power & wealth, comfort, leasures & pleasures. In no time he would declare himself as a mess anger of God – more precisely as the one referred to as “one Greater Man” by one of the greatest poets of Europe. ‘D’ would prefer to declare himself thus as the “one Greater Man” is also set come for a second time to be among people with duties as assigned by God as per at least two religious scriptures of the Abrahamic stock.

Interestingly, ‘D’ will also possess satanic powers to display tricks to the awe of the common man, more so the decadent lot. On being asked to show miracles, ‘D’ would cause rainfall, leading to the greening of nature, abnormal growth of vegetation, orchards laden with fruits and the like. He will also make bounties of wealth littered all around for the people, causing them to go euphoric and beginning to accept him as a real apostle.

In no time he would declare himself as God and demand of the people to worship him for a heaven of worldly goods, prosperity, leisure, pleasure and care-free life.

As ‘D’ marches ahead with his satanic mission, the “Greater Man” is all set to appear on earth for the second time and would finally eliminate ‘D’ and in the process draw the people towards God’s commandments.

While mankind is a blossoming garden of different religions, followers of many faiths may outright rubbish the ‘D’ story. Indeed that is very much in the expected line. It may be brushed off as a fairy tale or as a figment of imagination.

The fact of the matter is that it is not the purpose of this writer to try to convince the reader with the story of ‘D’. As referred to at the outset, almost all religions speak of the end of the world. In the same vein, these faiths propagate that as the end-time(s) approach, a huge section of the population is likely to be carried away by worldly materialism replete with mountains of sins, crimes, deception and decadence.

The result being that godly precepts like honesty, love, sympathy, charity and the like would become forgotten qualities. Indeed these would be times when the evil forces would over shadow goodness & godliness. While all religions advocate victory of good over evil, the story of ‘D’ is in no way different.

So far as the present day world is concerned, one ground reality is that we, a huge majority of us, are turning into a fast degenerating lot. We have crossed all ‘Lakshman Rekhas’ in our greed for wealth, power, leisure & pleasure and what have you. We are hungry for more; we want more by hook or by crook. We are ready to cheat, rob, kill or commit any crime to obtain more.

We have become such a decadent lot that we have have even taken to robbing God’s properties. Displaying the bloody foot at God, people involved in God’s service and seated at high places, religiously, socially & politically, are taking to open theft from the coffer of God. Such instances are not too far to seek. The political realm is, of course, getting over-crowded with agents of ‘D’.

The question is – ‘D’ or no ‘D’, with every passing day, many of us are slipping down at a fast pace to the bottomless pit of decadence to be one with the evil one. However, being great deceptors & hypocrites and having mastered the skills of impostering, most boisterously and fabulously we, the apparently condemned souls, pose as highly holy persons as and when such a need arises. At the end of the day, we the cheaters of God would destroy mankind.