Northeast not in the flight map of Vande Bharat Mission

The fact is that out of a total of 1926 VBM flights listed in the website of MEA, none is destined for Guwahati 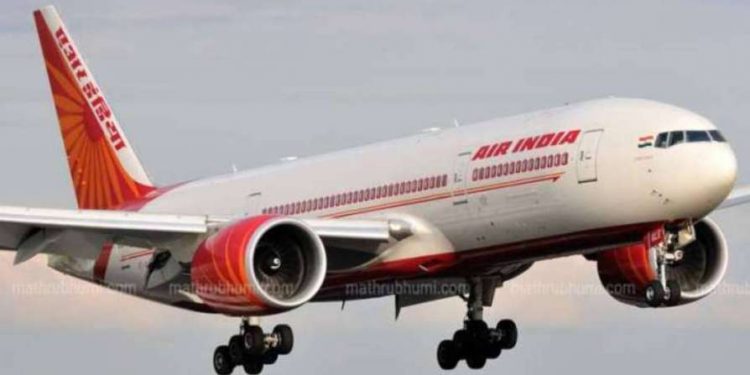 The Northeastern region (NER) of India is nowhere in the aviation map of the Vande Bharat Mission (VBM) creating anxiety among thousands of NER origin persons stranded abroad , who are waiting in vain for their turn to fly home amid the Covid-19 pandemic.

“When will our turn come?” they wonder in whatsapp groups created solely to coordinate themselves for traveling home.

But that’s not going to happen unless the Union ministry of external affairs (MEA) adds flights to Guwahati in the list under the VBM scheme for Indians stranded abroad.

Surprisingly, none of the State governments of the Northeast, nor their MPs or the activists have seriously taken up this issue on behalf of the stranded people.

When any stranded person hailing from Assam, Arunachal Pradesh, Manipur, Meghalaya, Mizoram, Nagaland, Tripura or Sikkim goes to the websites of the MEA to check out the flights listed they will not find the Lokapriya Gopinath Bordoloi International Airport, Guwahati in the list,  putting these stranded persons in a major dilemma.  How does one book the air tickets to reach home if the airport nearest to their home state is not in the list?

The flagship COVID-19 mission to bring home the NRIs has therefore just overlooked the region and it only succeeding in reinforcing the feeling that the problems of the Northeast do not figure in the minds of the Delhi-centric rulers and bureaucrats of this country.

The fact is that out of a total of 1926 VBM flights listed in the website of MEA, none is destined for Guwahati, the only International airport the region can boast of.  This airport is the feeder for the rest of the states of the region.  These VBM flights had started flying from May 7, 2020 in four phases till July 9, 2020.  The few aircrafts that landed in Assam were three flights that came from Kyrgyzstan, Russia, Ukraine and the Philippines.  What about from other countries where NER people are stranded?

The VBM flights, which the country’s Prime Minister Narendra Modi had proudly announced would bring home stranded Indians has commendably brought home over 5 lakh Indians from all across the globe to the different cities of the country. But the citizens of the NER could never avail of these flights as none of the flights were headed to their home region.

The problem of stranded people of NER origin in Dubai

When stranded people from Northeast want to register in the website of the Consulate General of India in Dubai, as it is mandatory for those who want to travel home, they are faced with the same problem of not finding their airport in the list. Again Guwahati airport in Assam, which is the nearest airport to all the seven states, is not in the list as a destination.  The nearest airport that appears in this list for them is Kolkata, which is more than 1500 miles away from their homes in the upland states of the NER of India.

But not giving up hope, the feisty NER people as usual have bonded together to look after themselves by chartering their own flight as they did in Dubai, UAE.

A stranded person in Dubai, UAE told this reporter that some volunteers with the help of some charitably minded people of that place had managed to charter a flight to Guwahati and had transported 185 people. This had left Dubai on July 3 and landed safely in Assam. The majority of the repatriated were Assamese with a few from Nagaland, Meghalaya, Manipur and one each from Tripura, Mizoram and Darjeeling.

But surprisingly, immediately after that when more flights were being organized, not only for the NER but for other parts of the country as well, the Government of India went about and cancelled all the previous permissions already granted for chartered flights. Hundreds of stranded Indians, already burdened with joblessness, homelessness and even lacking proper food, were thrown into turmoil because of this last minute action by the GOI, said the reports from the Gulf.

A person who said that she and her husband were booked ticket to travel home after resigning from their jobs in March last  but were stranded because the lockdown in India was announced later that month. She told this reporter that since then they have been trying to get a flight to back home in Assam. They were also worried about the visa fees they’d have to pay if they overstayed there.

“We are relieved that there will be no fines on our visa until August 18 as ours was cancelled due to our resignation. We are just hoping that there will be a flight for Guwahati before that, or else we’ll be in serious trouble,” she said. However, so far there’s no sight of any flight scheduled to fly to Guwahati.  Most of the stranded people along with her in Dubai are from Assam, Manipur, Sikkim and a few from Mizoram and Nagaland.

She said that the volunteers are still working hard to get another chartered flight for them.  But so far they have not received the required permissions from the Government of India.

Meanwhile, it is said that the Consulate in Dubai and Embassy in Abu Dhabi had recently called people to tell them that flights were there and announced that the bookings were open on a first come first served basis.

But then even if the NER people wanted to book tickets online these are all blocked by the travel agents, she said. VBM as far as they are concerned is only a business opportunity for the travel agents given permission to sell the tickets.  And as said earlier, they cannot book any flight for Guwahati, their home destination as it is not mentioned in the booking forms.  They are surely an abandoned lot, even more stranded among the stranded Indians.

Linda Chhakchhuak is an independent journalist based in Shillong.  She can be reached at [email protected].