Much needed respite from ‘Covid-19’ apprehension 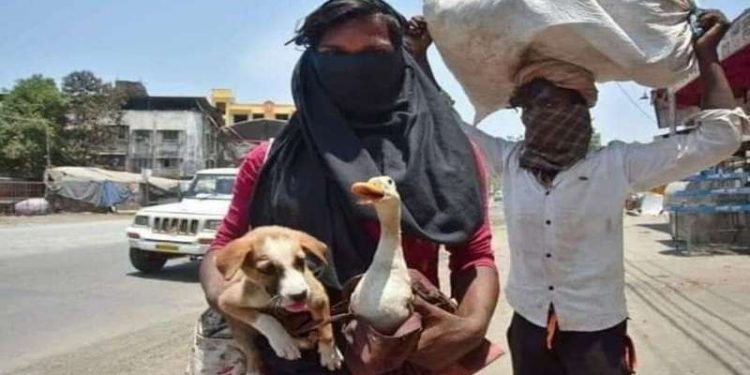 Notwithstanding  the possibility  of being  branded  as an ‘escapist’, of  trying to run away from sordid reality,   one feels that it is time to take a break  from  endlessly disgusting , depressing  and sickening   discussion on Covid-19 pandemic  that has enveloped   all of us   well and  truly.

Experiencing   unprecedented,    forceful    confinement   at home   being ‘locked down’   abandoning day to day activities   is indeed traumatic and melancholic.    To get rid of such dicey, morbid environment, it is worthwhile to look at the brighter and sunnier side of events to de-stress oneself. In literature,    it is defined as ‘comic relief ‘meaning ‘releasing of tension ‘in the midst of serious or tragic elements.

Instances of   comic relief are in abundance in all of William Shakespeare’s immortal tragic dramas.   In ‘Macbeth’, a  tipsy ‘Porter ‘    praising good effects of drinking  while ‘Macduff ‘ is left stranded at the gate  provides  hilarious effect in an   otherwise gruesome  tragic  atmosphere.

Brajen Barua’s   wicked expression as a villain     (he was in double role) evokes laughter and anger simultaneously in   ‘Dr Bezbaruah’, the iconic suspense thriller.   Similarly, ‘Asrani ‘   remains the epitome of comic relief with his dialogue and expression in   ‘Sholay’,   the blockbuster Bollywood   movie.

The  enthralling, exciting    first test match   at Southampton between West Indies and England   that ended the   pandemic – induced hiatus in   international cricket has  provided much needed  diversion and respite  to cricket  connoisseurs  from their   dull, monotonous  ‘stay home, stay safe ‘ life envisaged by the doctors  and experts.

The pulsating test match   saw the West Indies team clinching a scintillating victory bearding the English lion in its own den   on 12th July, 2020.   For a change,  distressingly negative    ‘Covid-19  statistics emanating frequently in social  media   were kept at  arm’s  length by   the  sports lovers  to  enjoy  the  grueling  match  in gay abandon  oblivious of  ‘Corona’  apprehension.

On a close scrutiny,   the recently concluded     first  test  match  stands  out  significantly for having    added   quite  a few  feathers  to the glittering hat of  test cricket.   In   the scary     backdrop   of   more than thirty thousand people   succumbing to the deadly virus in Great Britain, it speaks volumes of courage and cricket passion for the West Indies to agree to undertake the tour.

Accolades go to the English players too for agreeing to play the game in the face of   haunting life-scare. The game has been played in empty stadium which is a record in nearly one hundred year old   test cricket history.

Consequent upon imposition of ‘lockdown restrictions ‘ across India that rendered  millions of migrant workers jobless,   a large section of these  economically bankrupt people had  to walk hundreds of miles  to return to their native place leaving their work stations.  In the  midst of  heart rending sight of  poor people walking down  with petty belongings,   photograph of a migrant  family carrying their pets  along  was  heart-touching  besides  magnifying  their  human values.

It was indeed an intellectual pleasure to   be a part of the ‘webinar’ organized by the admirers of literary celebrity, legendary Saurav Kumar Chaliha, the Sahiitya Academy winner.   Anchored by Jeevan Goswami,   very   illuminating   lights were thrown by Dr Ananya Hioidary, the appointed speaker, on the various facets of literary brilliance of Saurav Kumar Chaliha. The webinar provided us welcome escape from stifling Covid-19 discussion.

The best comic relief has, however, been provided by none other than Baba Ramdev when he claimed to have invented a medicine that would cure Covid-19 in a flash!! When  the experts,  scientists , famous  physicians   around  the world have been  burning midnight oil  to find proper medicine  vaccine for the dreaded disease, the ICMR and even maligned ‘WHO ‘ have been making all round effort,      the claim of the self-styled   ‘Baba’  to mislead a section of gullible Indians has been  pooh-poohed by the ministry of Health.!!  The discerning Indians have, however, had a hearty laugh at the absurdity of claim!