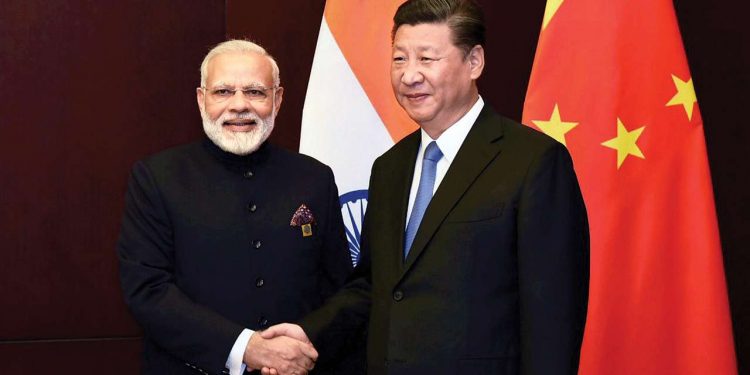 In the rundown to the Varanasi ‘informal summit’ between Chinese president Xi Jinping and Prime Minister Narendra Modi this October, many expectations have been generated on a forward movement on thorny bilateral issues.

The Chinese, at the receiving end of a merciless trade war inflicted by the US President Donald Trump, have not missed the ‘anger’ in the Modi establishment over Trump’s recent claims that the Indian prime minister asked him for mediation in the Kashmir dispute.

Modi never did that — he had specified four issues for discussions with Trump and Kashmir was not one of them. Iran topped the list followed by trade, 5G and defence. For want of time, defence issues could not be discussed, foreign secretary Vijay Gokhale pointed to journalists close to him.

Finally, it seems Modi will hit back because he cannot take Trump’s mischief, intended to please Pakistan to organise a safe exit from Afghanistan, lying down.

The surest way to do that is to cozy up to the Chinese and Russians. India has already insisted it will not back off from the S-400 deal and place all its eggs in the American basket.

Now it seems India will go slow on BECA, one of the three ‘foundational agreements’ US insists India to sign to get access to cutting edge military technology.

India has already signed up two of them — LEMOA and CISMOA. It is dawning on the Modi government that Delhi has accepted all that US wanted too easily, too soon, beginning with the decision to stop importing oil from Iran.

Like on Masood Azhar, it is likely China will soon withdraw its objections to India joining the Nuclear Suppliers Group.  The decision has been made at the highest level of the Chinese government but it will take some big concession from India to let the Chinese come up with the formal announcement.

The Chinese are perfectly comfortable with India adopting the UK formula of allowing Huawei do the 5G civilian network, leaving out the ambit of military communications to address security concerns.

A similar deal with American firms like CISCO will not only cost India more but get us inferior technology.

Hopes are also rising over a settlement on the disputed border.

India’s eastern army commander Lt. Gen. M M Naravane – designated Vice Chief of the Indian Army – on Friday said efforts to resolve border disputes has  intensified, and with each round of talks, “differences keep getting narrowed down”.

“With every round of talks on the vexed LAC issue, the differences keep getting narrowed down. Hopefully, at some point, all interests will converge, and we will be able to sign an agreement formally,” Naravane said while speaking to media persons on the occasions of the Kargil Victory Day in Kolkata on Friday.

Naravane said he was not inclined to fix any time frames to resolve the issue which has been lingering for the last seven decades.

“We are in the 23rd or 24th round of talks, putting a time frame to it is difficult. The sooner the (LAC) issue is resolved, the sooner the two large Asian neighbours can get past these obstacles to move onto the path of progress,” Naravane emphasised.

The statement came two days after Chinese military said in a White Paper: “It strives to promote stability and security along the border with India, and has taken effective measures to create favourable conditions for the peaceful resolution of the Donglang (Doklam) standoff.”

The statement holds much importance ahead of the second informal summit, which is expected anytime in October this year.

Modi and Xi, after the first informal summit in Wuhan in April 2018, had asked the Special Representatives on the India China Boundary Question to “intensify efforts to seek a fair, reasonable and mutually acceptable settlement.”

The two Asian leaders had also issued “strategic guidance to their respective militaries to strengthen communication to build trust and mutual understanding and enhance predictability and effectiveness in the management of border affairs”.

The strategic guidance was issued after the bitter 2017 border standoff in Doklam which extended for 73 days and saw the destruction of the army bunker by China’s People’s Liberation Army near the tri-junction of India, China and Bhutan.

There has been some media speculation that the two countries might settle the middle sector of the border (Himachal Pradesh to Sikkim) first, where the dispute seems minor compared to those in western and eastern sectors.

Both countries may also consider a swap, a return to the 1960 ZhouenLai formula that India accepts Chinese claims on Aksai Chin through the strategic Sinkiang-Tibet road passes and China accepts the Macmahon line.

Trump’s bluff and bluster on Kashmir, so characteristic of his threat-and-flatter diplomacy, may have finally incentivised a great forward movement on Sino-Indian relations.

Because it opened up a few eyes in Delhi to the old warning — If US is your friend, do you need an enemy!

After all, when Trump pulls out his troops, India will have to work with China and Russia to protect its interests in Afghanistan.

And on a whole range of issues from trade and climate change, India and China find themselves on the same boat against a typical cowboy bully who will only concede only if under huge pressure.