Long live the Constitution of India 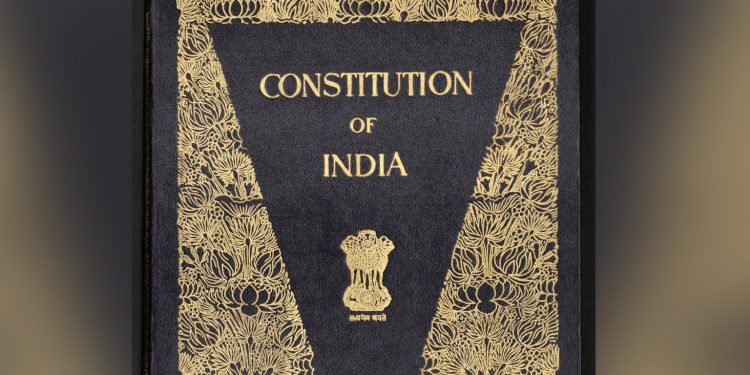 Decades after independence and after the imposition of Emergency by late Prime Minister Indira Gandhi in 1975 many people, mostly the radical lefts, called people to come out of the bound of the constitution for a revolutionary change in the Indian polity.

The constitution was evolutionary and they spoke for something revolutionary. They advocated a revolution. Perhaps, they missed a point when they were speaking about the incapacity and impotency of the Constitution.

Here, it will be pertinent to quote what Jawaharlal Nehru said about the making of the Indian Constitution…

This cannot be done by the wisest of lawyers sitting together in conclave; it cannot be done by a small committee trying to balance interests and calling that constitution-making; it can never be done under the shadow of an external authority. It can only be done effectively when the political and psychological conditions are present, and the urge and sanctions come from the masses.

One might assume, aware of the character of the monolithic political systems in other countries, that a mass-party in India would be rigid and narrow in outlook and that its powerful leadership would silence dissent and confine policy and decision-making to the hands of select few. In India reverse was the case. The membership of the Congress in the Constituent Assembly and outside held social, economic, and political views ranging from reactionary to revolutionary, and it did not hesitate to voice them. The leaders of the Assembly, who played the same role in the Congress and in the Union Government, were national heroes and had almost unlimited power; yet decision-making in the Assembly was democratic. The Indian constitution expresses the will of the many rather than the needs of the few.

People who are ignorant of the process of making of our constitution can only consider it an inanimate text.

That the Constitution of India is not just a book and a legal treaty was established in the days following the emergency.

One of the major objectives of the Constitution was ‘liberty of thought, expression, belief, faith and worship.’

Whatever were the intentions of the emergency, people didn’t like the suppression of freedom of expression. The entire county unitedly protested against this and Indira Gandhi’s government was brought down.

Ironically emergency also paved the way for the emergence of the Hindutva ideology in India. This is another story and a different chapter.

The present situation is worse than the emergency.

Apparently everything is running in order. But, the invisible hands are overreaching everywhere. The spirit of the constitution is being grossly violated with partisan ends.

The latest example is the installation of 48-hour government of Devendra Fadnavis in Maharastra.

President Ram Nath Kovind was awakened at 4 am to sign the necessary papers. A gazette notification of the revocation, digitally signed by the Union Home Secretary who reports to the Home Minister was issued at 5:47 am.

Thereafter, Fadnavis and Ajit Pawar took the oath of office at 7:50 am. The swearing ceremony was concluded at 8:10 am and Prime Minister Modi tweeted his congratulations both to Fadnavis and Pawar at 8:16 am.

In technicality and letter, everything was correct. But in spirit, everything was wrong. It was in the public domain that Shiv Sena, NCP and Congress jointly formed the Maha Vikash Aghadi (MVA) to stake a claim for formation of government in Maharastra.

As the leader of the NCP Legislature Party, Ajit Pawar had the list of MLAs for extending support to Uddhav Thackeray, head of Shiv Sena.

With this letter, in the wee hours on November 23 morning, a conspiracy was hatched to ditch the MVA and foist a BJP government in Maharastra.

Following the formation of Fadnavis ministry, dramatic changes took place and his government fell on November 26- the Constitution Day.

So the high talks delivered by Prime Minister Modi and President Kovind in praise of the Constitution of India sounded hollow and sour.

But, as stated above the Constitution of India is not an inanimate text. It came into existence bearing the toils and fruits of our freedom movement. It epitomises the soul of India.

We can metaphorically say that whenever our polity faces a challenge as if the Constitution of India springs to life.

By invoking its spirit people of India come out to fight for the values enshrined in our Constitution. Long live Indian Constitution.