Ectogenesis: Overcoming the Shackles of Femininity 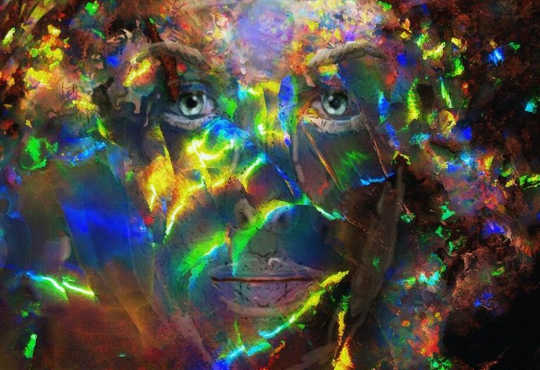 It is a commonly held view that the challenges of women are mostly due to their underprivileged socio-economic conditions. Thus by empowering women, we understand uplifting them socially and economically. Then is it true of whole women folk?

It’s a big question, for working women cannot be said to be deprived in the popular sense of the term. However, it is also not wrong that they are, at times, found unable to line up with their male counterparts, particularly, in attaining career height.

It is observed that even when all things seem to be in her favour, she miserably fails to grab the opportunity. It thus points to some other factors than what we generally make responsible for her dejected condition. And that painfully lies in the femininity that often hinders her from being fully present in what she pursues.

Though it is an uncomfortable truth and for that matter perhaps we often try to ignore it, this hindrance emerges in the forms of the pivotal events of her life like wedding, and motherhood. It is here the recent biotechnological breakthrough namely Ectogenesis seems relevant.

Coined by British scientist J. B. S. Haldane in 1924, Ectogenesis denotes the process of developing a fetus outside a mother’s womb. Though the technology looks simple, its mechanism is a bit too complicated. It appears as an amniotic fluid-filled aquarium where a live, developing organism is kept in with a cluster of feeding tubes and monitoring cables. While the tubes carry the nutrients, oxygen, etc and help the baby survive, the cables constantly monitor everything going on inside the tank. Haldane predicted that by 2074 only 30 percent of births would be human births.

This new technology of raising fetuses outside the human body is one of the projects of Transhumanism aimed at allaying the risk involved in and the restraints of femininity from the life of a woman. By the way, Transhumanism (abbreviated as H+ or h+) is an international cultural and intellectual movement with an eventual goal of fundamentally transforming the human condition by developing and making widely available technologies to greatly enhance human intellectual, physical, and psychological capacities. To promote and encourage human enhancement, it uses various tools like bionics, cryonics, cloning, artificial intelligence, stem cell therapy, robotics, and genetic engineering, etc.

Transhumanism considers diseases, aging and eventual death as the major limitations of human life. Aging, unlike the transition from infancy to adolescence, is undesirable for all of us. It is one of the ways we lose our potentiality through. Aging more often than not plays a negative role in both our career and the life of relationships and family, for age matters seriously in both spheres.

In this regard, unfortunately, a woman seems to suffer more than her male counterpart. For in many cases, attaining her femininity and reaching career height come to her as a binary choice. Again, aging reduces the chance of her ability to carry. But it is not the case always to the men.

Thus the women, who comprise half the population on earth, are unable to expose themselves fully even when they have knowledge and skills. It is a sad truth of biological sex difference— a limitation that the human race yet to overcome to ensure equal progress of all. Ray Kurzweil, the founder of Transhumanism, says, Biological evolution is too slow for the human species. Over the few decades, it’s going to be left in the dust. That we are yet to achieve gender equality is a certain outcome of the biological limits of the women.

The paradox here is that the element (femininity) that makes her what she is hinders her from fulfilling her life as a woman. Indeed, her femininity that is manifest in the important events of her life takes a lot of her time and attention. To list them briefly, her bio body bleeds, ovulates, conceives, carries, delivers, and feeds.

These events sometimes compel her to take periodic halt creating a vacuum in what she is striving for. Particularly when it comes to the attainment of femininity in the fullest sense of the term, femininity seems to play two opposite roles. On the one hand, it makes her realize what it is meant to be a woman and on the other, it poses dangers on her life in general and sets a series of limitations on her career life in particular.

Zoltan Istvan, a futurist, philosopher, journalist, and author, said, natural births are filled with perils. Besides being painful, laborious, and time-consuming, giving birth is still medically dangerous to mothers. All these hints to the fact that femininity, regardless of the degrees of constraints it poses on a woman, is not always compatible with what she decides to become as a woman.

To my utter disbelief, in a National workshop on the theme ‘The Challenges of Women Professionals’ held at Gauhati University on March 2-3, 2012, I got to hear a female participant say, I was denied of appointment to the post of Assistant Professor in Chemistry only because I was eight months pregnant.

Cruel it may seem, but the sad truth is that the concerned authority denied her appointment because they thought the institution would not get devoted service— which is generally expected from every faculty member for the enhancement of the department, which in turn helps the institution achieve academic excellence— from her during her pregnancy and child-rearing period. For, what every employer wants from the employees is the uninterrupted and rigorous service so that the common goal of the team is achieved. This prevented them from inviting any serious vacuum in the department that the expecting woman might create after delivery.

Instances are not few that tell the sad stories of the women losing their tenure of services during this period. Not to speak of the untold laws of society imposed on a woman that vary from society to society, her feminine things often leave her at the cross-roads where she would find it difficult to decide which way to go next—career or family.

Striking a balance would have her half-hearted on both fronts. Now, as tuned with Reihan Salam, what if she adapts her biology to accommodate the demands of her job? Perhaps it would be a better idea to find an alternative way of attaining femininity that would unite the seemingly polar opposite ends of her life. Here Ectogenesis comes as a message.

Though Ectogenesis may solve some gender issues like the problem of women as ‘the other’ raised by Simone de Beauvoir, it is not above censure. Besides the common concern that the women will lose their sacred birthing right, the system leaves us with a thorny question, as Zoltan said, can humans still be called mammal after being raised outside mother’s womb?